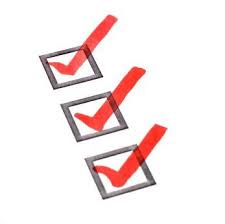 A recent report by Al.com journalist Mike Cason revealed that four of Alabama’s counties have more registered voters than they have adult residents. Alabama Republican Party Chairman Bill Armistead was quick to respond to the potentially scandalous implications of Tuesday’s revelations.

“It is hard to comprehend that in this day and time we still have those who want to commit fraud at the ballot box. But what other explanation can there be for a county having more people registered to vote than the actual population of the county? What is even more shocking is that these same counties had the highest Alabama voter turnouts in the 2012 elections. It is because of irregularities like this that the Alabama Republican Party has employed a strict Ballot Security plan for this election cycle.”

The AL.com identified Green, Hale, Lowndes, and Macon counties as the four Alabama counties which have more people registered to vote than their adult (18+) population, based on U.S. Census data. The counties are: Green, Hale, Lowndes and Macon.  Cason also reported that Clarke, Perry, Marengo, Washington, and Conecuh Counties were reporting that they all had over 94% voter registration rates.  Statewide the rate is 81%.

Chairman Armistead said, “By no means has Alabama overcome voter fraud or voter intimidation, but we are working hard to stop it in its tracks. Without a strict enforcement of the laws governing the election process in Alabama, I fear that the freedom to have open and transparent elections will continue to be abused and corrupted by those who bully and manipulate Alabamians.”

It is hoped that Alabama’s new law requiring voters to present a photo I.D. to vote will help curtail some of the past instances of abuse.  In 2012, then Tuscaloosa News reporter Dana Beyerle reported that Uniontown in Perry County had 130 percent of their population registered to vote.  In the municipal elections held there two years ago, 1,431 ballots were cast, representing 125 percent of the population in Uniontown that is 18 or older.  Beyerle also reported that 45 percent of the ballots cast were absentee ballots, compared to the 3 to 5 percent average for the State.

Chairman Armistead said, “Vice President Biden recently said that ‘hatred’ was the motivating force behind Alabama’s photo voter ID law. Such rhetoric from the Vice President is nothing new and we know the motive for his comments is to create discord here in Alabama in hopes of pushing back our efforts to ensure honest elections in our state. We strive for fair and honest elections in Alabama – one vote for one person.”

Alabama Secretary of State Jim Bennett (R) has urged the state to join a compact of states searching for people who are double registered in multiple states.

Much of the population has left the impoverished Black Belt counties over the last five decades; but many of the people who have migrated away apparently are still on the voter registration rolls.