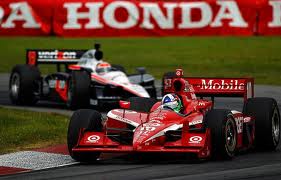 The Honda Indy Grand Prix of Alabama was held on Sunday, April 27 near Leeds.  The race was shortened and turned into a timed race by officials, after overcast skies became heavy downpours and thunderstorms.  The race was reset at one hour and forty minutes.

The Honda Indy Grand Prix was the culmination of a weekend filled with auto racing events and festivities at the Barber Motorsports Park near Leeds.  The Alabama Political Reporter was on hand to cover the event live.

This is the second win in a row at Barber for Ryan Hunter-Reay.

Auto racing is Alabama’s largest professional sport with both the Barber’s Motorsports complex and the NASCAR super speedway track at Talladega.  The Hondy Indy Grand Prix was the fifth Verizon Indy Car Series event conducted at the Barber Motorsports Park.

On Friday, April 25th, Guinness World Records named the Barber Vintage Motorsports Museum the “Largest Motorcycle Museum” in the world. The 144,000-square-foot, five-story museum is home to nearly 1400 motorcycles, of which about 700 are on exhibit to the public.

George Barber is the third generation owner of Barber Dairies.  Mr. Barber opened the Museum in the 830-acre Barber Motorsports Park in 2003.  Barber began collecting motorcycles 24 years ago. The Barber Museum is a 501(c)(3) Not For Profit Foundation and is considered the largest philanthropic project taken on by an individual in the history of Alabama.

George Barber said in a written statement, “It’s great to be recognized by Guinness as the world’s largest motorcycle museum because it puts Alabama on the map in an interesting and unique way.”

The Barber Motorsports Park is often referred to as the “Augusta of Motorsports,” and hosts numerous auto and motorcycle racing events since it opened.  The facility has brought in an estimated $1.17 billion to Alabama during the last decade.

George Barber said that he hopes the Guinness recognition will help the museum continue to add value by driving additional tourism to the state. “The museum provides a wonderful experience for visitors. It draws people to Alabama. We’re proud to have earned the recognition.”

Museum Director Jeff Ray said, “The park and museum bring large crowds during the weekend of Indy Car. What better time to make this announcement than during one of our largest annual events.  The Barber Vintage Festival brought in 61,000 guests last October and is set to attract an even larger crowd this year, but we felt like this was something big enough that we couldn’t wait until October to announce it.”

The five story building houses 1,398 unique exhibits that includes race cars as well as motorcycles stretching all the way to the first motorcycles.