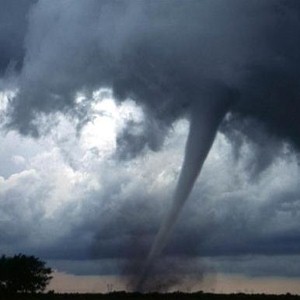 Parts of Southwest Alabama received up to 21 inches of rain on Tuesday, April 29 leading to massive flooding along the Alabama Gulf Coast and the Florida Panhandle.  This while residents of other counties survey the damage from severe weather on Monday and Tuesday that killed three Alabama residents.

The Associated Press (AP) is reporting that on Wednesday, April 30 emergency responders were rescuing people from rooftops of flooded homes and cars stuck on flooded roads in Gulf Shores and surrounding Baldwin County as well as in nearby Florida Counties.

Baldwin County’s emergency management director, Mitchell Sims told the AP on Wednesday morning that rescue efforts have been virtually nonstop since just before midnight. No deaths or other serious injuries were reported in Alabama.

The National Weather Service is projecting that the Fish River will crest above its all-time high during Hurricane Danny in 1997 impacting the town of Silverhill. Meanwhile families across Alabama assess the impact from Monday and Tuesday’s storms.

Former Public Service Commissioner and current state Auditor candidate Jim Zeigler (R) said on Facebook, “Our growing prayer list needs to add Dr. Stan Cooke and his Kimberly Church of God. The storms destroyed his church building, but the hand of God saved 25 members who were trapped in the church shelter. Dr. Cooke is in an uphill campaign for Lt. Governor of Alabama but now has an immediate hill to climb with his church.”  Alabama Governor Robert Bentley (R) visited Kimberly on Wednesday.

Rep. Terri A. Sewell (D) from Selma said on Facebook, “Today, I joined with the Alabama delegation in sending a letter to President Obama urging him to support Governor Robert Bentley’s request for an emergency declaration and immediate federal assistance. My office remains committed to working with local and state officials to get the financial and emergency assistance needed from FEMA, HUD, SBA and other federal agencies to assist in the clean-up, recovery and rebuilding efforts.”

Congresswoman Martha Roby (R) from Montgomery said on Facebook Tuesday, “Heartbreaking to hear reports from all across Alabama about the severe weather last night. More storms are expected today and overnight. Stay safe out there and continue to monitor the weather closely.”

On Wednesday Congressman Bradley Byrne (R) from Montrose said, “I’m making calls to mayors in #AL01 to see how I can help in the wake of severe flooding in Southwest Alabama. If my office can be of assistance to you in any way, please do not hesitate to call.”

Alabama Governor Robert Bentley (R) said on Twitter, “Touring damage in Kimberly. This area was hit hard, and we will do everything we can to help AL communities recover.”

Tuesday was the single rainiest day every recorded in Pensacola, FL with 15.55 inches.  One Florida woman was killed while driving in the flood waters.  Gulf Shores had 21 inches of rain.

First responders in both Alabama and Florida have rescued people from rooftops or trapped in cars by the flood waters.  The AP is reporting that an estimated 300 people had to be rescued by police, fire, and military forces from the rising flood waters.

Former Public Service Commissioner and current state Auditor candidate Jim Zeigler (R) said on Facebook, “The home of the Jan and Dean Young family is completely flooded in Orange Beach, AL. Thankfully the family is safe. This happened the same time that their son Jonathon Young was notified that his close friend on the Alabama swim team had been killed in the storm. “A very present help in time of trouble.”  Dean Young (R) is an Orange Beach businessman and home builder who has run for office several times, most recently narrowly losing the First District Congressional race to Bradley Byrne (R).

State Representative Lynn Greer (R) said on Facebook, “I was in the Coxey area of Limestone County both yesterday and today. The damage is terrible but it makes me feel good to see the enormous number of volunteers helping out to try to make a bad situation better. The National Guard, The Salvation Army, and the many others that were providing their service when so many people are in need of help speaks well for the people of this area. Governor Bentley visited the community around noon today. I am sure that he will do everything that he possibly can to provide help for the area.”

Two people were killed and at least 17 were injured when a tornado touched down in a mobile home community in Limestone County.  A member of the University of Alabama swim team, John Servati, was killed on Monday when a retaining wall failed in Tuscaloosa.

Alabama Governor Robert Bentley has declared a state of emergency for the state.