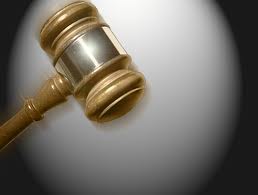 OPELIKA – According to court documents, the Lee County Grand Jury currently investigating public corruption in the Alabama Legislature will reconvene next week, May 13-15 at the Lee County Courthouse.

While the dates of the Grand Jury’s meetings are typically kept under wraps, the Attorney General’s Office was forced to reveal the upcoming dates because of an ongoing paperwork battle with indicted Representative Barry Moore, R-Enterprise, through his lawyers, which include former Democratic Lt. Gov. Bill Baxley.

Baxley filed a motion to dismiss the charges against Moore, claiming, among much else, that the prosecution is politically motivated, aimed at influencing the upcoming June 3 GOP primary, in which Moore is set to face challenger Joshua Pipkin.

This motion forced the Attorney General’s Office to file a brief asking that the hearing about Baxley’s move be scheduled after the Lee County Grand Jury reconvenes next week, revealing the dates to the public in the process.

The charges against Moore involve his perjuring himself during an investigation of a conversation he had with Pipkin in which the Representative relayed threats initiated by Speaker Hubbard regarding the loss of 100 jobs in the county unless Moore was guaranteed the Republican nomination. Moore, who in the recorded phone call said Hubbard would rain “holy hell” on Pipkin if he continues his run, has denied that he lied during the investigation. He did though, tell investigators he had not relayed any threats, including during the conversation in question.

Hubbard has said that Moore’s arrest is part of a politically motivated scheme to tear down conservatives, though the prosecution is being carried out by the Republican AG’s Office.

Speaking to Alabama Media Group’s John Archibald about the Moore-Pipkin phone conversation and the allegations surrounding it, Speaker Hubbard has said that he has done nothing wrong, though he “acknowledged a desire” to protect GOP incumbents.

“Do we do any type of bluffing? Sure,” Hubbard told Archibald. “that goes on all the time in politics. You say all kinds of stuff to get people not to run against you… When you are in a firefight, you know the people in the foxhole with you. If I didn’t support my guys I think I would be a pretty lousy speaker.”

The only other action that has been taken publicly in relation to the grand jury was the plea deal involving former Representative Greg Wren.

Wren was arrested in the beginning of April and convicted of using his office for personal gain, pleading guilty to the misdemeanor charge in exchange for his cooperation in the Lee County investigation.  Wren obtained confidential Medicaid documents from the Legislative Fiscal Office and illegally provided them to executives at RxAlly, a company from which he received $8,000 a month under a consulting contract.

Speaker Hubbard was also mentioned in court documents in Wren’s case too, being the only person named in the plea agreement besides Wren.

The statement of facts agreed to by Wren under penalty of perjury say that Hubbard “endorsed” the language and that he himself had a financial relationship with APCI, though he had not told Wren and other involved legislators. It also asserts that Hubbard “directed staff” to add the language to the budget.

Hubbard has admitted that he knew when he walked in the chamber that the language granted APCI a monopoly, though he maintains that he has done nothing wrong, claiming he “did no work” for APCI in Alabama, and that he would’ve gotten paid either way.

Lee County Circuit Court Judge Jacob Walker III issued an order Friday setting the hearing for Moore’s motion for May 20, granting the State’s request for the hearing to be after the Grand Jury session.