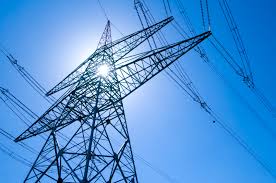 First to speak at the Chilton County event was current Alabama Pubic Service Commissioner Jeremy Oden (R).   Commissioner Oden said, “Thank you to the party.”  “This is what makes the party so strong.”

Commissioner Oden said that, “The Public Service Commission are the regulators for the State.  I am the Commissioner for place number 1.  The PSC has a role in pipeline safety, in railroad safety, but the most important thing that they do at the PSC is set energy policy for the state and they regulate Alabama Power, ALAGASCO, and Mobile Gas.”

Commissioner Oden said that he grew up in Eva in Cullman County.  Eva has just 445 residents.

Oden said, “We have a president who has stomped on us too much and we have got to start pushing back.”  EPA regulations he has proposed will raise your electric rates by 80 percent.  The EPA is the new Obamacare and we have to stop it.”

Oden’s opponent, Kathy Peterson, also attended the Republican Rally at the Pumpkin Patch, but left before her opportunity to speak.

Barbee said that he had moonpies and RC colas for all those in attendance.

Barbee said that he has been married for a month, was born and raised in Trussville, and loves Alabama.

Barbee said that he has some concerns about what is happening in the PSC.  Barbee promised to be strong voice for the people if he is elected to the PSC.

Barbee warned that new EPA regulations being proposed by the Obama Administration could cost the state of Alabama as many as 20,000 jobs and lead to a 17 percent increase in power rates.

Barbee said that he is not backed by Alabama power or special interests or any out of State environmental groups.

PSC Place 2 candidate Phillip Brown said that most of us don’t know what the PSC does on any day; but “We have a serious challenge in the state of Alabama and throughout the country.”

Brown said that we, “Must make sure that we have statesmen elected to these offices.”  “It is vitally important that we have conservative individuals who will do what they say they will do.”

Phillip Brown is the Chairman of the Alabama Minority GOP and is part of a growing movement of Black politicians running for office as Republicans in Alabama.

Phillip Brown, Jonathan Barbee, and Chip Beeker are all running against Place 2 incumbent Terry Dunn.  Some business groups have been critical of Dunn’s alleged ties to radical environmentalists and of his call for formal hearings to investigate energy rates in Alabama.