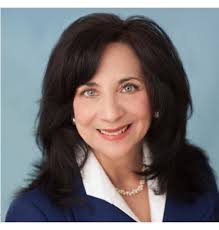 Ciamarra said, I am the only one here.  None of the other candidates in this race think it is important to represent all of the people in House District 43, both the residents of Jefferson and Shelby Counties.  She said that if she is elected she would be accessible, transparent, and available to all the people in House District 43.
Ciamarra told the crowd that she is the only candidate in this race with the experience to hit the ground running as the District 43 representative.

Ms. Ciamarra is a speech language pathologist in private practice and was formerly an administrator at Lakeshore Rehabilitative Hospital.  She is a mother of five.  She has volunteered for ten years to try to persuade the Alabama state legislature to pass Pro-Life legislation.  She is a board member of the National Right to Life Committee representing the state of Alabama.  Ciamarra has a bachelor’s degree from the University of Southwest Louisiana and a master’s degree in Speech Pathology from the LSU Medical Center.

Cheryl Ciamarra said that she is definitely opposed to any new taxes and is opposed to federal intrusion in our lives.  She is opposed to Obamacare and is opposed to the Common Core Standards.  93 percent of education dollars come from state and local funds.  Why then is the federal government then trying to run education from the top down.

Ciamarra said that she is a member of the Republican women and has been appointed by both Alabama Governors Fob James and Robert Bentley to state commissions.  Ciamarra is originally from New Orleans, but has lived in Alabama for decades.

Ms. Ciamarra said on facebook, “Team Ciamarra WINS Jeffco Straw poll with WIDE Margin of Victory today in Gardendale..to God be the Glory and many thanks to my supporters!”

On Tuesday, May 13 Cheryl Ciamarra told the members of the Jefferson County Chapter of BamaCarry that there A lot of Republicans In Name Only (RINOs) in this race.

Ciamarra promised that she will be a voice for the conservative people of Alabama if elected to the Alabama House of Representatives.

Incumbent Rep. Mary Sue McClurkin (R) from Indian Springs is retiring after this term.  The seat will remain in Republican hands because no Democrat qualified to run in the seat.

The Republican Primary will be June 3.

Alabama Legislature returns for day 10 of the 2021 Legislative Session