By John A. Pickens
Executive Director
Alabama Appleseed Center for Law and Justice

On Jan. 1, 2014, Alabama lost $3.9 million that could have flowed into the state related to healthcare. On Jan. 2, Alabama lost another $3.9 million. Through April 30, Alabama has lost $201.2 million, for as U.S. Health and Human Services Deputy Secretary Bill Corrs said on March 28th: “Alabama is passing up $3.9 million every day that could go towards providing health insurance by refusing to e:xpand Medicaid in the state.” If we end up on December 31st without expanding Medicaid under the Affordable Care Act (often called Obamacare), we will have lost $1.4 billion.

In two widely accepted reports by the UAB School of Public Health and the UA Center for Business and Economic Research the economic benefits to the state and its citizens of expansion are staggering. By expanding Medicaid, over the next six years around $12 billion in Federal funds will flow into the state to pay for services rendered by our Alabama hospitals, doctors, medical clinics and other healthcare providers. This in turn would increase business activity by $29 billion and generate increased tax revenues by $1.7 billion (more than offsetting the projected state share of the cost of expansion). Equally important, this expansion will create across the entire economic spectrum over 30,000 new jobs. How can Governor Bentley ignore these benefits if, as he says in his current campaign, he is “engineering Alabama’s economic recovery” and his number one priority remains “jobs”?

However, let’s set aside for the moment the economic benefits of expanding Medicaid. The human side of the equation and the health and well-being of our citizens is what really is at stake here. In a recently released report by The Commonwealth Fund, a private foundation that focuses on America’s healthcare systems, Alabama was again in the bottom quartile of states with the worst overall health care system and in the bottom quartile of states that have higher rates of early deaths that could have been prevented by access to better healthcare – Alabama with 97-136 deaths per 100,000 residents. Stated simply, people are dying because they do not have access to health care providers, and lack of access is a direct corollary of being uninsured. Expanding Medicaid in Alabama to cover all adults with incomes below 133 % of the Federal Poverty Level would provide health insurance coverage (which is what Medicaid is) to approximately 300,000 uninsured Alabamians. These 300,000 people are mostly hard working Alabamians, as workers in the following jobs typically make less than 133% FPL – construction, restaurant and food service, retail sales, auto repair and landscaping, to mention just a few. These are our neighbors – our relatives – members of our communities, many of whom at such low incomes cannot afford health insurance and do not qualify for the federal subsidies offered through Obamacare.

Isn’t it time we quit “Obamacare bashing” in this state and take reasonable and prudent steps to implement it and expand Medicaid? 8.1 million people have now enrolled nationwide to buy health insurance through the health insurance exchanges – nearly 98,000 of those are Alabamians enrolled through the federal Marketplace (exceeding HHS goals for the state). The Affordable Care Act has ended the most egregious abuses of the health insurance industry by removing annual and lifetime policy caps and prohibiting insurance companies from cancelling policies when people get sick, denying coverage to children and adults with pre-existing conditions, and charging higher rates to women and the elderly. In the recently revised federal budget estimate released in March, the nonpartisan Congressional Budget Office projected that the Affordable Care Act will cost hundreds of billions of dollars less than the original estimates, reducing the federal deficit by $210 billion over 10 years.

Gov. Bentley should reverse his refusal to expand Medicaid and instead think like Utah’s Republican Gov. Gary Herbert who said on Jan. 24 when he announced his decision to drop his opposition to expansion: “Doing nothing – I’ve taken off the table – Doing nothing is not an option.”

As other governors have determined in Arkansas, Arizona, Iowa and Michigan, there are numerous options for developing a state-specific way to expand Medicaid. Surely there is an “Alabama-driven” solution suitable for Alabama, if only Gov. Bentley would start looking. 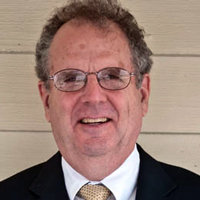 Written By John A. Pickens