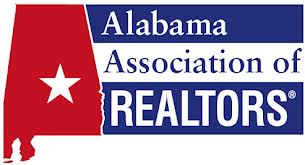 On Monday, May 12, Chip Beeker (R) announced that the Alabama Association of Realtors (AAR) has endorsed his candidacy for the Alabama Public Service Commission (PSC) Place 2.

AAR President Pam Segars Morris said, “After reviewing the candidates for this post, AAR determined that Chip Beeker possesses the experience, intellect, and conservative principles needed to fairly balance the interests of consumers and the utilities that serve them.  The bottom line is that affordable utility rates help our members sell houses, and Chip Beeker is our best chance at holding the line on costs for that electricity, natural gas, and other utilities we utilize in everyday life.”

AAR President Pam Segars Morris said that Beeker’s business-minded, thoughtful, and conservative approach to issues and his desire to keep utility rates affordable is what drew the group toward his candidacy.

Chip Beeker is a small businessman and Republican candidate for the Public Service Commission Place 2 seat, on Monday announced that his campaign has been officially endorsed by the Alabama Association of REALTORS®, the State’s largest organization of real estate professionals.

Beeker said, “I believe that the PSC can play a role in helping recruit new businesses to Alabama, encouraging existing business to expand, and creating jobs for the average man and woman.  I’ll also work against Barack Obama’s job-killing environmental policies so more families can make the dream of economic security and home ownership come true.”

Beeker said in his statement that he believes that the financial and organizational support being provided to his candidacy by AAR and its Alabama REALTORS® Political Action Committee will help him provide the citizens of Alabama with the fresh voice and conservative ideas that they need representing them on the Public Service Commission.

Chip Beeker is a businessman, catfish farmer and cattleman from Greene County.  Beeker is a former Greene County Commissioner.  Beeker has been married to his wife Teresa for 42 years.  They have three children and nine grandchildren.

Beeker has also been endorsed by the Alabama Farmers Federation, the Alabama Retail Association, and Manufacture Alabama.