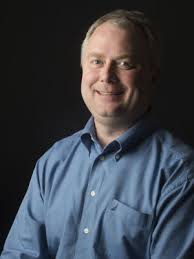 U.S. Representative Mike Rogers (R) from Saks was elected to the U.S. House of Representatives in 2002, replacing popular incumbent Rep. Bob Riley (R) from Ashland who left Congress to run for Governor of Alabama (Riley served two terms as governor from 2003 to 2011).

Congressman Rogers is seeking a seventh term in the House.  Republican Challenger Thomas Casson (R) from Auburn thinks Rogers has been in Congress long enough and is appealing to voters in the June 3rd Republican Primary.

Thomas Casson said in a written statement, “I’m Thomas Casson. I live in Auburn, AL with my wife Lorra and our five adopted children. For a long time I have watched our government overspend and bicker back and forth at the detriment of our nation’s credibility and our citizen’s suffering. I thought to myself, we are simply missing the common sense pieces of the puzzle. Take term limits or a balanced budget. Term limits stop the bloating of our government by eliminating career politicians. As for a balanced budget…that is the most common of common sense! You can’t run your home, much less a country, without a budget. That is only the tip of the iceberg for me.”

If elected Casson is promising to support term limits.  This is Casson’s number one priority.  Casson said, “I will serve, at most, eight years.”  Casson also said that he wants to reduce Representatives benefits.  “Each incumbent has a yearly staff and office budget of $1,200,000. I want to cut that in half.”  Casson said, “The federal government is too large! I will fight to give the power back to individual states, especially in the area of education.”  Finally Casson said he wants to bring jobs back to the U.S.  “We have one of the largest tax burden on corporations. I will crusade to reduce this tax, giving corporations more capital to use for growth on U.S. soil.”

On taxation Casson said, “I have signed pledge to support the Fair Tax.”

Casson vowed that, “If elected, I will serve diligently to restore the vision of our founding fathers.”

Casson said, “Congress was originally dubbed ‘The People’s House?’ Elected members of Congress were originally intended to have their finger on the pulse of their districts and be an effective voice of the people in our Nation’s capitol.  It isn’t working out like that though, at least not in Alabama’s 3rd District.  You might think that because we can elect new representation every two years we would be guaranteed ‘fresh’ representation.  Not so fast…career politicians have managed to become re-elected year after year even though their approval rating is a miserable 13 percent!”

Casson said, “It is my intention, if elected, to return Congress to the people…to make it once again The People’s House.  I will not accomplish this by succumbing to the status quo, but rather using Common Sense approaches to representing our citizens.  Common Sense like listening to the people of Alabama’s 3rd District and being their voice in Washington.”

Casson has been endorsed by the Alabama Republican Assembly and the Conservative Christians of Alabama.