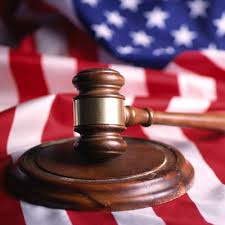 MONTGOMERY – The Alabama Accountability Act has now been overturned by a Montgomery Circuit Court judge.

On early Wednesday, May 28, Circuit Court Judge Gene Reese threw out the law, deciding it violated a provision of the State constitution requiring that each piece of legislation cover only one content topic.

The Institute for Justice, the entity defending the statute in court, has said that they will appeal the ruling by the Montgomery judge.

The Alabama Accountability Act provides tax credits to parents of public school children in order for them to attend private schools. Though it was intended for failing districts, little known provisions in the law allowed eligibility for all public school students, providing the opportunity for the funneling of funds that would otherwise benefit public education toward private schooling for Alabama’s children.

Judge Reese also noted that the ruling only encompasses future tax credits, and not those already disbursed last fiscal year.

The Attorney General’s Office has responded as follows:

“Judge Reese has ruled against the State in the AEA’s Accountability Act challenge. He agreed with the plaintiffs on almost every ground they raised, concluding (1) that the Act’s passage violated various procedural requirements of the Alabama Constitution and (2) that the Act’s school-choice provisions result in the impermissible use of public funds. The injunction applies prospectively only, meaning that it does not affect parent tax credits awarded with respect to the last school year or tax credits awarded to SGO donors prior to today’s date. We here in the AG’s Office will be discussing our next steps, which will likely include noticing our appeal and moving for a stay of this injunction pending appeal. Please let us know if you have any questions.”

“The Alabama Accountability Act was unconstitutional from the beginning. Now a judge has confirmed it! Today’s ruling is a huge victory for Alabama’s school children and our educators. It also sends a clear message that the Supermajority in Montgomery cannot simply ignore the law and force through whatever legislation they want.”