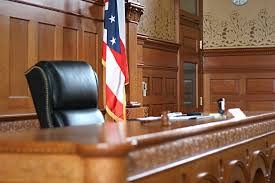 The Accountability Act allowed parents to receive tax credits for private school tuition. While the bill was originally geared toward students in “failing” school districts, it later became clear that the text of the law – and the scholarship granting organizations that dole out the funds – permits private school funding for all students once “failing” demand is met.

Last week, Judge Eugene Reese ruled the law unconstitutional, pointing to several irregularities in the process through which the legislation was passed.

Among those irregularities, Reese cited:

The lawsuit resulting in the ruling was filed last year after the controversial passage of the act, initiated by plaintiffs Anita Gibson, President of the Alabama Education Association, Senator Quinton Ross, D-Montgomery, and Daniel Boyd, Lowndes County Schools Superintendent.

Now, though, the Attorney General’s Office, along with a group of parents represented by the Institute, has filed a motion in the court asking for a stay of the order until an appeal of the decision has been ruled on.

“Absent a stay,” the brief said, “the injunction will upend the ability of these families to plan for the 2014-2015 school year. And it may well leave them with no choice but to return them to the earlier, failing school.”

The brief also argued that:

Alabama House Representative Chad Fincher, R-Semmes, who sponsored the Accountability Act in the legislature commented on the ruling by saying:

“This is just another stunt by the AEA, a political stunt that they’re bringing out right before the elections to use against elected officials who really worked hard to bring true education reform to Alabama.”

“The Alabama Accountability Act was unconstitutional form the beginning. Now a judge has confirmed it! Today’s ruling is a huge victory for Alabama’s school children and our educators. It also sends a clear message that the Supermajority in Montgomery cannot simply ignore the law and force through whatever legislation they want.”

A decision is expected on the motion to stay the ruling may come as early as this week.