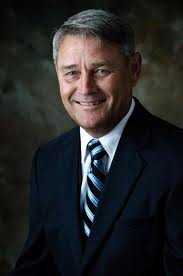 The Republican Runoff is on July 15.  There will be three statewide races on the ballot.  Perhaps the most watched race will be Alabama Public Service Commission Place 2, where Chip Beeker faces incumbent Terry Dunn.

Beeker said in a written statement, “Teresa and I would like to sincerely thank you for your support on Tuesday.  We were overwhelmed by the results.  By awarding the most primary votes to a strong, conservative fighter like myself, Alabama Republicans have sent the message that we cannot afford to have a timid and weak-kneed commissioner representing us on the Alabama Public Service Commission.”

Beeker continued, “If we are going to protect jobs in Alabama, we must have a Public Service Commissioner who isn’t afraid to stick out his chin, hitch up his pants, and fight back against Barack Obama and his asinine environmental mandates.  Unless we stand up to Obama’s out-of-control EPA, thousands of Alabama coal jobs will be lost and utility rates will skyrocket beyond the means of average middle-class citizens.”

The cost of compliance has many people concerned that Americans will be paying more for energy and will have less money for consumer spending and investing.

The U.S. Chamber of Commerce said in a written statement, “Our report, “Assessing the Impact of Potential New Carbon Regulations in the United States,” illustrates the impacts associated with an EPA regime modeled on the Obama Administration’s stated emissions reductions goal. To obtain the most accurate modeling and analysis possible for the report, we commissioned the respected global energy and economics firm IHS. The conclusions of the report are our own.  Our analysis shows that Americans will pay significantly more for electricity, see slower economic growth and fewer jobs, and have less disposable income. In fact, the cumulative impact to the economy could be $859 billion by 2030 (an average of over $50 billion every year). Potential EPA regulations would result in a very slight reduction in carbon emissions, which would be overwhelmed by global increases.”

The former Greene County Commissioner said, “This is no time for summertime soldiers and sunshine patriots to stand idly by while our nation goes to ruin.  Barack Obama has declared a three front war against Alabama jobs, Alabama families, and Alabama coal, and I’ll use my seat on the PSC to join the fight and take the battle right back at him.”

Beeker said, “We will now move on the Republican Primary Runoff on July 15th where I hope we can count on your continued support.”

Conservatives have criticized Terry Dunn for what they allege is a cozy relationship with environmental extremist groups which are funded by out-of-state interests.