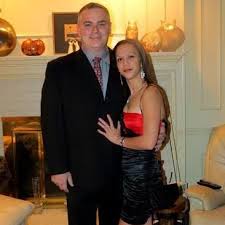 Libertarian candidate, Chase Pearson, recently spoke to the Jefferson County Chapter of Bamacarry at their monthly meeting at Niki’s West in Birmingham.

Chase Pearson is the President and CEO of Magic City Online.  Pearson served in the U.S. Marine Corps.  Pearson introduced his wife, Victoria, saying, “She is meaner than me.”  Both Persons were open carrying their firearms like most members of Bamacarry present.  Pearson is running in Alabama Senate District 16 as a Libertarian.

Pearson said, “I am a very high speed person.”  District 16 includes parts of suburban Jefferson and Shelby Counties.  I am running against Jabo Waggoner (R) from Vestavia.  He has been in office since before I was born.  He is a good man and was my neighbor for seven years, but no one should be in office that long.

Pearson said I hate Common Core.  It is one of the most devastating things to happen in a long time.  My family has been in education for over a 100 years.

Pearson said that those of us in Jefferson County are working our ways out of the sewer debt.  “I am sure as hell not looking forward to paying for it…The economy is not recovering…We are spending money but there is no growth in jobs.”

Pearson said, “I am in marketing and advertising.  I run Magic City Online.  I like to hang out in bars, but I don’t drink anymore.  My wife says I can not be that much fun.”

Pearson wrote on his website, “As many of you have heard, I am officially running for the Alabama Senate to represent the people of District 16!  District 16 covers parts of Jefferson and Shelby Counties including the cities of Homewood, Vestavia, Hoover, Pelham, Inverness, Helena, and more!”

Pearson continued, “It is an honor for me to be nominated by the Libertarian Party of Alabama and I have obviously accepted. This will be an uphill battle. The incumbent Senator for this district is Republican Jabbo Waggoner. This man has been in office since before I was born. He’s been in office so long that he doesn’t believe he has to campaign and realistically he is correct. The name recognition of a 50 year career in public office alone is incredible. My parents, grandparents, and even I have voted for him. You will not find me speaking or campaigning negatively against Mr. Waggoner as I have great respect for him.  I just know and expect you as well to realize it’s time for new talent and energy to help move our district forward!”

Waggoner is the Senate Majority Leader.  The 77 year old Waggoner was elected to the Alabama House of Representative in 1966.  In 1983 he left the House to run for the U.S. Congress against incumbent Rep. Ben Erdreich (D).  Erdeich defeated the popular Waggoner in a much more diverse Congressional District Six.  After CD6 was redistricted so that the state could have a majority minority district that included Black majority neighborhoods in Birmingham and Bessemer (CD:7), Rep. Erdreich was defeated by state Senator Spencer Bachus (R).  In 1990, Waggoner was elected to the Alabama State Senate.