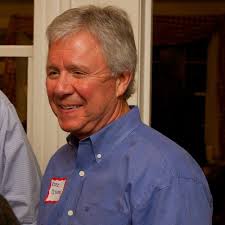 The McKinney campaign said that the Conservative Christians of Alabama are considered the most influential conservative organization in the State of Alabama.

In a written statement the McKinney campaign said that this endorsement is a reflection of Judge Reese McKinney’s character as a lifelong conservative and as a committed Christian.
Upon learning of the endorsement, Judge McKinney stated, “I am honored to have the endorsement of the Conservative Christians of Alabama, and I look forward to representing the values we share in the Secretary of State’s office.”

McKinney is a longtime Montgomery County Probate Judge.  Judge McKinney promotes himself as a lifetime conservative and lifetime Republican.

McKinney’s Republican Primary runoff opponent is State Representative John Merrill.  Merrill points to his record as a state legislator as evidence of his conservative credentials.

The Republican primary run-off election will be held statewide on July 15  and polls will be open from 7am to 7pm.