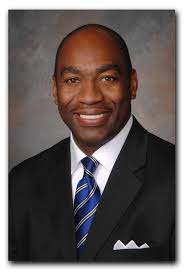 On Wednesday, July 9, Alabama Governor Robert Bentley (R) announced that he has appointed Fitzgerald Washington to serve in the Bentley Administration as Commissioner of the Alabama Department of Labor.

Governor Bentley said, “Fitzgerald Washington has a strong business background with a wealth of knowledge and experience, and is uniquely qualified to serve as Labor Commissioner. I am honored he is joining us to lead this important state agency.”

Fitzgerald will play a fundamental role as we work to provide employment opportunities for Alabamians looking for a job. I appreciate his willingness to serve in my administration, and I know he will be an honest and dedicated Labor Commissioner.”

Fitzgerald Washington said, “I am honored that Governor Bentley has entrusted me to serve as Commissioner of the Alabama Department of Labor.  My mission as director is to continue the department’s efforts to help unemployed Alabamians find a job and ensure certain unemployment compensation benefits are available to them. The Governor’s overall mission is job creation, and the Department of Labor will work hand-in-hand to help the Governor with that mission.”

In 2013, Washington was the Chairman of the Chamber of Commerce of West Alabama, where he helped create the Minority Business Council to foster growth and competitiveness of minority-owned businesses in West Alabama.

Fitzgerald Washington has also been involved with: the Druid City Business League, the Black Warrior Council Board, BB&T Bank Advisory Board, Board of Visitors for the University of Alabama College of Continuing Studies and served on the DCH Health Systems Foundation Board of Directors.