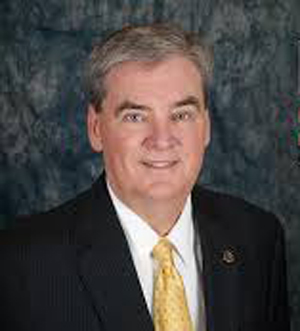 MONTGOMERY—State Representative Mac Buttram, R-Cullman, wants another bite off the legislative apple and California-based StudentsFirst is on the ground in Cullman to see that he succeeds.

The question is why would StudentsFirst, former Gov. Bob Riley and Speaker Mike Hubbard all be pouring into District 12 to save Buttram? One obvious reason for involvement of StudentsFirst and Riley is that Buttram is a solid vote to strip education dollars from public schools and give them to private groups who want a piece of the billion dollar education pie.

Charlotte Meadows, Alabama Outreach Director for StudentsFirst, recently sent an email to marshall her troops to canvas the district for Buttram:

“StudentsFirst is committed to helping elect and reelect legislators who are serious about prioritizing the needs of students. Rep. Mac Buttram is one of those legislators.”

But, is that really what this group is about?

StudentsFirst is an organization founded by Michele Rhee, one-time head of Washington, DC schools.  Rhee’s group is largely funded by billionaires who see charter schools and voucher programs as a way to privatize education, while receiving a hefty dividend for their investors.

StudentsFirst was a big supporter of the 2013 Alabama Accountability Act, giving thousands of dollars to reelect those who would support this so-called education reform.

Another group that is backing Buttram is the Alabama Federation for Children, which has contributed $13,746 to his reelection. The Federation is backed by a San Francisco billionaire who also seeks to privatize education in Alabama.

But, by far, it is Riley who has given the most to Buttram, contributing $166,886.23 to reelect a “solid vote” for more of Riley brand of education reform.

Riley and his associates have already prospered from the Accountability Act by establishing a Scholarship Granting Organization (SGO), that has made approximately $5,000,000 in profit since its founding a year ago.

Harbison is not a member of the StudentsFirst, Riley/Hubbard crowd.

He is therefore a target.

Harbison says he is for repealing Common Core, returning educations dollars back to Cullman County and cleaning up government corruption in Montgomery.

These are just a few of the reasons why Riley, Hubbard and StudentsFirst do not want him in the legislature.