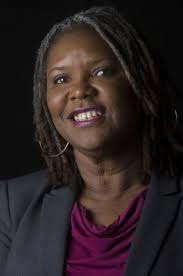 Since Speaker Hubbard’s sound defeat of his June 3 GOP primary opponent Sandy Toomer, it has been revealed through court documents that Hubbard is the subject of an ongoing grand jury investigation that has already led to legal action against two Alabama House Representatives culminating in their arrests. One, former Rep. Greg Wren of Montgomery was convicted of using his office for personal gain, and Representative Barry Moore of Enterprise is currently pending trial on felony perjury charges.

Many still see any challenge to Hubbard as a long shot, save an indictment being handed down prior to the election. Scott-Harris has said, however, that she is up for a challenge of gaining the vote of the people of her district

A 15 year resident of Auburn, Scott-Harris taught engineering classes at the University and served as the Director of the Alabama Power Academic Excellence Program within the College of Engineering. There, she says she was able to raise over $1 million in scholarship funds, and receive a hundred percent job placement for graduating students.

But despite the difficulty of the task, Scott-Harris has said, it was not done through strong-arming, a practice she says has become common with legislators.

“You can’t always have a bully be a bully,” she explained. You need to have negotiating skills to get things done.”

Indeed, there are many facets of the status quo Scott-Harris wants to break, the legislative men’s club being high up on her list.

“It’s not a boy’s club, and I think having women brings a different perspective. You have lawmakers making decisions and passing bills that impact women, so I think that having a diverse group in the state legislature gives you a broader opportunity for debate.”

Asked about the seeming electoral uphill battle to come for her, Scott-Harris seemed optimistic.

“Right now, we’re on the same level field and it’s really up to the voters to decide who they want to represent them in November,” she said. “I’m a listener, not a speaker.”