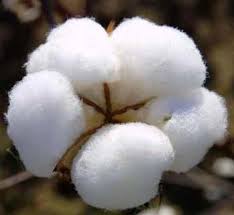 There are no state wide Democratic candidates on the ballot and the Alabama Political Reporter is not aware of a runoff for a Democratic seat in the legislature.  Democrats as well as independents do have a reason to vote even if they have no candidates to vote for or against and that is the amendment to the state constitution.

All Alabama voters will have the opportunity on Tuesday to vote on the Alabama Cotton Producer Assessment Refund Amendment otherwise known as Amendment 1.

Currently, Alabama cotton producers levy a fee of $1 per bale of cotton through a voluntary checkoff program to finance cotton research, education, and promotional programs.  A refund policy is available to cotton farmers and according to information provided by David Pinkleton approximately 7% of the farmers request it.  A yes vote for amendment one would empower Alabama cotton farmers to hold a referendum on making the cotton checkoff mandatory.

A recent Cygnal poll showed that 32% of likely Alabama runoff voters support amendment one while only 23% oppose.  44% are still undecided.

Alabama Farmers Federation Cotton Division Director Carla Hornady said,“It’s encouraging to see these poll numbers and to know voters understand the importance of allowing cotton farmers to make a decision about their own industry.”

Hornady said, “With four days remaining before the election, it’s important for cotton farmers to continue educating other voters about the amendment.

Farmers can find additional information and resources on Amendment 1 online at ChooseCotton.com.”

The State cotton checkoff funds cotton research, educational and promotional activities.
The Chairperson of Conservatives for Good Government David Pinkelton is urging voters to vote no on Amendment One.  Pinkelton said, “The Alabama Department of Agriculture and Industries (AGI) is responsible for administering the checkoff program and collecting the fee from producers at cotton gins across the state.  AGI submits the collected funds to the private Alabama Cotton Commission each quarter for disbursement.  The Alabama Cotton Commission is comprised of 11 cotton farmers from across Alabama who serve without compensation.”

Pinkleton continued, “Amendment 1 seeks to eliminate the refund policy for cotton farmers who choose not to participate in the checkoff program.  If passed, Amendment 1 will limit choice in the marketplace for cotton growers across Alabama.  As an advocate of choice in education and business, cotton producers should be afforded the same opportunity as parents to decide where to send their kids to school or businesses to choose how to operate with respect to their faith.  The checkoff program uses a government bureaucracy, in this case AGI, to establish the eligibility requirements and mechanism for collecting the fee on cotton producers in Alabama.  As an advocate of limited government, usage of a governmental agency to administer, collect, and disperse funds via the cotton checkoff program is inappropriate.”

Alabama Commissioner of Agriculture John McMillan (R) told WSFA’s Max Reiss, “Whether there’ll be a refund or not, that’s what it boils down to.”

Commissioner McMillan said that a yes vote means there will be a referendum of the farmers, “The people who grow cotton would decide whether to continue to refund the check-off amount of money, which is a dollar per bale and that’s processed at the gin.”

If voters pass amendment one and then cotton farmers passed the motion in a referendum the amount of money refunded that would go to the checkoff is just about $40,000 per year.

McMillan told Reiss that why it is on next week’s ballot instead of the November 4 General Election is so that this issue could be settled before the cotton harvest.  “I think it has to do with the harvest times.  The logic to me is that in the event it passes then that referendum would be a in a position to collect those check offs at the fall harvest time.”

St. Clair County Circuit Clerk Annette Manning (R) told the Alabama Political Reporter on Thursday that voters who want to vote on the amendment; but do not want to vote in a party primary runoff should ask their poll workers for an amendment only ballot.

According to the U.S. Department of Agriculture, Alabama cotton growers produced 590,000 bales of cotton in 2013 worth an estimated $213 million.