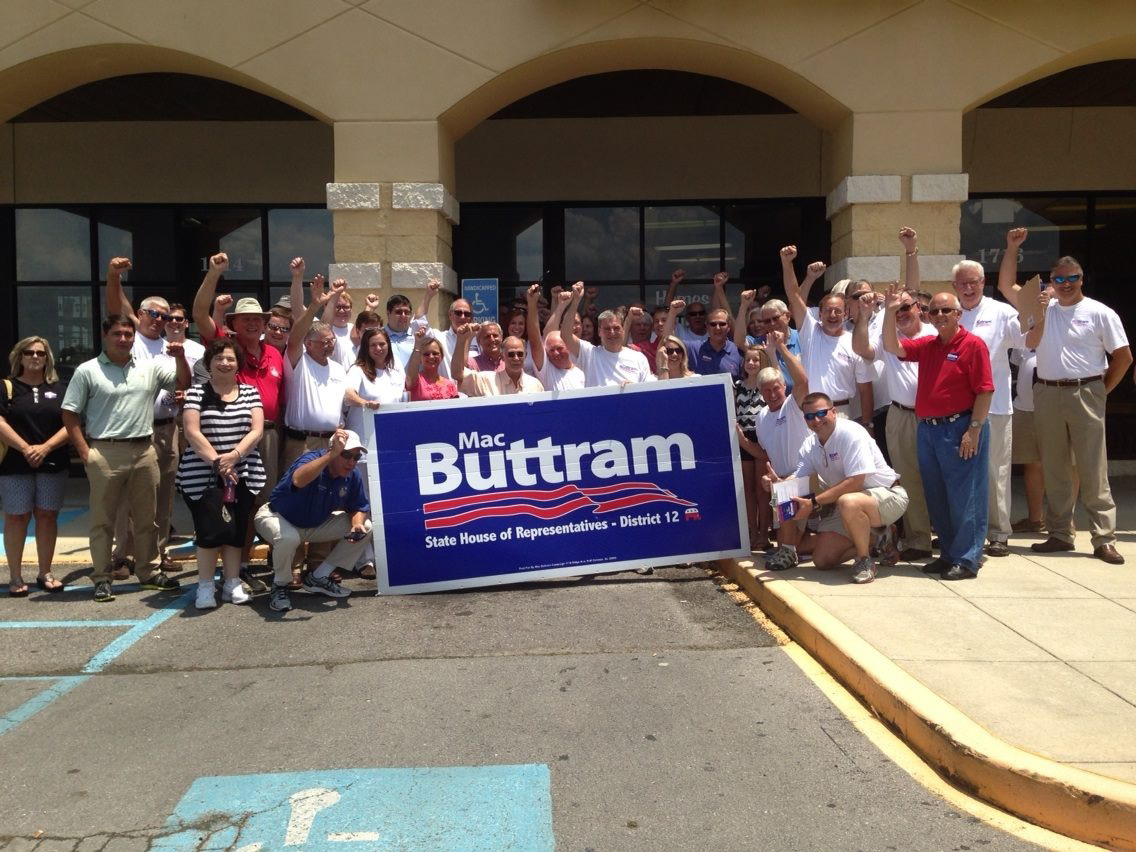 MONTGOMERY—Speaker Mike Hubbard and former Gov. Bob Riley poured hundreds of thousands of dollars into the House race in District 12, only to come up embarrassed and empty-handed.

Hubbard even employed a large force of current legislators to descend on Cullman County, in a vain attempt to recuse his handpicked man from disaster.

However, Good Hope Mayor, Republican Corey Harbison, soundly defeated incumbent Rep. Mac Buttram, R-Cullman, by an overwhelming 10 percentage points. But, the biggest loser of the day was Hubbard, who no longer has a fool-proof closure vote in the House.

By contrast, the biggest winner was Dr. Henry Mabry and the Alabama Education Association (AEA), who added another pro-education republican to the State House.

While talking heads and others in the media have routinely pronounced educator’s influence dead, the fact that Harbison and 6 other insurgent republicans fought back against the Hubbard/Riley machine and won, should change the narrative.

This would be the equivalent of Speaker of the United States House of Representatives John Boehner, losing almost 40 seats to republicans, who did not back his leadership or agenda.

In any world outside of Alabama Hubbard’s failure would be front page news. But to date, the media has neglected to tell of Hubbard’s stunning reversal of fortune. There will still be a Republican Supermajority in the House but not a Hubbard controlled one.

For the last four years, Hubbard, Riley, along with the BCA chief Billy Canary, have worked tirelessly to break the back of the once powerful teacher’s organization. Over the last four years, Hubbard and company have launched a relentless barrage against Mabry, personally and professionally. Mabry has responded with a methodical plan to win in special elections and now in the Republican primary.

With the backing of educators and pro-education conservatives, Harbison’s victory was a major step toward balancing power between the Business Council of Alabama (BCA) and the AEA.

To the surprise of many, the AEA’s wins have not come by backing democrats, but by encouraging pro-education, conservative republicans to run for office. Many social conservatives, as well as Tea Party activists, have back the same candidates as the AEA, because they fear the out of control “pro-business” agenda that is giving public education funds to private organizations. The social conservatives also recent the fact that candidates like Buttram have backed a flurry of bills that have expanded alcohol sales throughout the State.

Not only was Tuesday’s election a rebuke of Hubbard and Riley, it was also testimony to the dwindling influence of ALGOP Chairman Bill Armistead, who was on the ground in Cullman County supporting Buttram’s reelection. More than a few stalwart republicans are miffed by Armistead’s interference in primary elections. It is traditional for the Chairman to take a neutral position during the primaries, a tradition that Armistead has blatantly disregarded  during this election cycle.

Buttram’s defeat is yet another example of voters exercising their power over Montgomery’s elite machine.

Hubbard has lost another loyal lieutenant, while Mabry and pro-education conservatives have gained another ally.