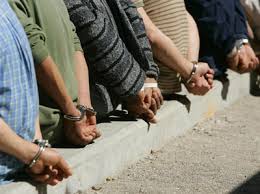 The Associated Press is reporting that the Governor’s office has been notified that the Federal Emergency Management Agency (FEMA) that Alabama will be housing its first wave of illegal aliens rounded up by the Border Patrol on the Southern border.

Bentley Administration’s Communications Director Jennifer Ardis told the AP that the federal government has notified the governor that immigrant children will be placed at Maxwell Air Force Base in Montgomery.  The governor’s chief of staff got a call from the Federal Emergency Management Agency late Wednesday afternoon. She said it’s not known how many children will be placed at the base or how soon they will arrive.

“At this time I am not sure of when and if we will receive illegal aliens, but I do know that the situation at the border is a constitutional crisis.  It is unfortunate that the Federal Government is using our military bases to house illegal aliens when they should be using our military and any other resources that we have to close the border.  Unless and until the border is closed the situation of illegal aliens crossing into the United States will continue and the placement of illegal aliens will not stop.  I encourage everyone to contact their state and federal representatives to voice your concern with what is happening.  First and foremost the border must be closed, secondly, the surge of illegals must be stopped and thirdly, we must not give amnesty to those who have not followed the rule of law.

Governor Bentley should make it very clear that the illegal aliens must stay on Federal property and not be allowed to use any state facilities, state property, state run schools, etc.”  Frankowski recently organized the rally on Highway 280 in North Shelby County protesting the border crisis.  Frankowski said that her group is planning another protest for August.

Since October, more than 52,000 unaccompanied children from Central and South America have entered the U.S. through its southwestern border. The children (most of them teen males) are in the custody of the Department of Health and Human Services Office of Refugee Resettlement.  Office of Refugee Resettlement statistics show about 6,775 unaccompanied children arrived in the U.S. each year from 2003-2011. That figure grew to 13,625 in 2012 and almost doubled to 24,668 in 2013.

The most common native country for the unaccompanied children is Guatemala, followed by El Salvador and Honduras.  This new flood of illegal aliens started coming after President Barack H. Obama (D) began claiming the executive authority to give millions of illegal aliens who were brought here as juveniles by their parents legal status in the country in the 2012 election year to galvanize his support among immigrant voters, particularly Hispanics.

Senator Jeff Sessions (R) from Alabama recently said, “Both Border Patrol and ICE officers agreed that the lack of deterrence for crossing the U.S.-Mexican border has impacted the rate at which they apprehend UACs [unaccompanied alien children]. Officers are certain that UACs are aware of the relative lack of consequences they will receive when apprehended at the U.S. border. UTEP was informed that smugglers of family members of UACs understand that once a UAC is apprehended for illegal entry into the United States, the individual will be reunited with a U.S. based family member pending the disposition of the immigration hearing. This process appears to be exploited by illegal alien smugglers and family members in the United States who wish to reunite with separated children.”