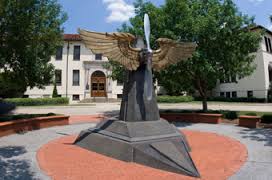 On Thursday, July 24, Congress members Martha Roby (R) from Montgomery, Mo Brooks (R) from Huntsville, and Mike Rogers (R) from Saks said that under no circumstances should children detained at the Mexican border be sent to Maxwell-Gunter Air Force Base in Montgomery. The Congress members became aware of ongoing talks between the Department of Health and Human Services (HHS) and the Department of Defense about Maxwell-Gunter’s ability to house recently-detained illegal immigrants.

Congressman Mike Rogers said in a written statement, “This is the second time HHS has attempted to bring young, illegal immigrants over 900 miles from the border to Alabama.  This plan, the second time around, is just as severely flawed.  I am strongly opposed to this proposal and believe these detainees would put an unnecessarily massive burden on the local community’s resources.  I will continue to push for these children to be returned to their home countries as quickly as possible.  We must send a strong message that amnesty is not on the table and illegally crossing our Southwest border will not be tolerated.”

Congresswoman Martha Roby said that the juveniles should be sent back to where they came from.  Rep. Roby said, “The situation at the border will get worse the longer immigration detainees remain in the United States…Under no circumstances should these children be sent to Maxwell-Gunter or any other military installation for that matter. The children must be sent back to their countries. We will do it with the utmost compassion and care, but it has to be done. Allowing them to stay is the least compassionate option because it invites even more children to endure the brutality of this organized trafficking scheme.”

Congressman Mo Brooks (R) from Huntsville said on Facebook, “We’ve become aware of talks to potentially house illegal immigrants at Maxwell-Gunter Air Force Base in Montgomery. I agree with my colleagues that these children must be sent back to their countries. America needs to send a strong message that amnesty is not on the table.”

Rep. Roby concluded, “The only way this influx of children at the border ends is when American planes start landing in their countries of origin bringing the children back. We must send a message that this scheme parents and children have been tricked into will not work.”

In their letter the two member of Congress, who both represent portions of the greater Montgomery area, wrote that as a nation at war, the service members at Maxwell-Gunter play a critical role in our nation’s defense, and expressed concerns the troops would be distracted by turning the base into a camp for hundreds of children.

Roby and Rogers wrote, “The housing, feeding and caring of immigration detainees would severely compromise the critical mission at Maxwell-Gunter.  Additionally, HHS’ failure to clearly communicate with Congress and local leaders underscores the Administration’s lack of concern for the impact its policies have on local communities and their limited resources.”

Representatives Roby and Rogers said they are working to prohibit illegal immigrants from being house at military bases by including specific language in the special appropriations bill currently being drawn up in Congress.

The news of the plan was broken by Governor Robert Bentley’s (R) Communications Director Jennifer Ardis.  Ardis told the Associated Press that the Federal government had notified the Governor’s Chief of Staff late Wednesday, that immigrant children would be placed at Maxwell-Gunter Air Force Base in Montgomery.  At last report, there were no border crossing juveniles being housed at Maxwell and reports are that no final decision on Maxwell has been made.  Ardis said that she did not know how many children would be placed at the base or how soon they will arrive.