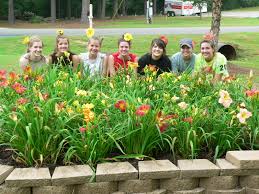 We all wish that our children would be born entirely healthy with no birth defects and average…or better yet, above average intelligence.  Real world genetics is a tricky thing, however, and sometimes biology doesn’t go exactly as we hoped it would. Sometimes children are born with developmental disabilities they can never entirely grow out of.  Most parents of adult children with developmental disabilities care for those adult children their entire lives.

The relationship between former University of Alabama football coach, Gene Stallings and his now deceased son, John Mark Stallings, is well known throughout Alabama.  Coach Stallings and his family were able to care for John Mark his entire life. But, not every parent, however, is blessed with the long life, good health and career success that Coach Stallings enjoyed.  What happens to those adult children when their parents die or become disabled by age or injury themselves or are otherwise unable to provide the quality of care that their loved one needs?

For a lucky few that answer is the Rainbow Omega model facility in Eastaboga in Talladega County.  There, adults with developmental disabilities are able to live their lives in group homes cared for by a trained staff, with the opportunity for employment at the community’s vocational employment programs.  The developmentally delayed adults (many of them with Down syndrome) grow plants in green houses, assemble kits for Honda, and perform duties for other area businesses.  The vocational program allows Rainbow Omega to provide daytime support for families in the area who do not need full-time residential services.

Lieutenant Governor Kay Ivey (R) said, “Every time I visit Rainbow Omega and interact with the families, residents and staff, I’m impressed with how fulfilled the residents are. You ask them what their favorite day of the month is, it’s payday. You ask, ‘Well what do you do when you get your check?’ They say, ‘We go to Walmart.’ That’s what we all do. Rainbow Omega is a uniquely remarkable organization and I’m proud to support the work they do.”  Lt. Gov. Ivey was the key speaker at the Legislative event.

State Senator Jabo Wagoner (R) from Vestavia said in a written statement afterwards, “Today, I joined my Senate colleagues and Lt. Gov. Kay Ivey to tour the Rainbow Omega facility located in Eastaboga. Rainbow Omega’s vocational programs for adults with developmental disabilities is very important to me and to my legislative colleagues. I have seen firsthand their faith-based programs help so many people over the years. Their mission statement says it all: To glorify God by ensuring that adults with developmental disabilities have a permanent and safe home where their abilities and potentials are respected and nurtured in a Christian environment.”

State Representative Jim McClendon (R) from Springville said, “Rainbow Omega is a model of success. The residents, while not employable in the traditional job market, are given the opportunity to be productive citizens. They take their work seriously, and conduct themselves with pride.”

McClendon said that the atmosphere at Rainbow Omega is familial rather than institutional.  “The experience was eye opening, and I look forward to supporting and working with them in the future.”  McClendon is vacating his District 50 House seat; but won the Republican nomination for state Senate District 11.

The Chairman of the Board is Stentson Carpenter.  He led the legislative delegation and the press on a tour of the sprawling campus.  For residents needing full time medical care, the facility has the Strickland/Stringfellow intermediate care facility.  That building is designed to take of residents with more severe disabilities or for those residents who are approaching the natural end of their life.  Carpenter said that Rainbow Omega’s residential services are designed so that residents can spend the rest of their lives there.

Most residents live in the seven group homes where each has their own bedrooms but share a common area and kitchen.  Live in managers help teach life skills while organizing the meals, cleanup, activities, and other needs for the home.

Most of the residents work in the various vocational programs at Rainbow Omega based on their abilities and interests.  The programs include greenhouses, assembling owner’s manuals for Honda, a carpentry center, and perform duties for other area businesses.  The vocational program also allows Rainbow Omega to provide daytime support for families in the area who do not need full-time residential services.

Stentson said that the residents of the group homes help prepare meals based on their abilities.  While not everyone is capable of cooking, they all are able to help clean up, Stentson said.

Rainbow Omega Board member Jeff Helms from Montgomery told the Alabama Political Reporter that he has a daughter with down syndrome and that while he and his wife intend for their daughter to live with them for the rest of their lives, if something should happen it is good to know that there is a place like this for them.

Rainbow Omega Board Member and Law School Professor at Faulkner University, Matt Vega from Montgomery said that the youngest resident at Rainbow Omega is 26.  Vega said that each of the regular dorms has a fiberglass dome with capacity for 12 to 14 adults underground in case of a tornado.

Stentson said that the intermediate care facility where the more disabled residents live has stone filled walls to survive a tornado; by everyone gathering in a solid room at the center of the building.

Rainbow Omega’s Comptroller Carol Paris said that there are plans in the future to add a farmer’s market and cows at the facility.  Paris said that the original vocational center has been converted to a fitness and wellness center so that residents can get exercise.

Stentson said that Rainbow Omega also has walking trails and pedestrian paths so that residents can move around the campus on foot and visit their friends in the different residences or working in the greenhouses and vocational centers.  The residents also regularly go to town to eat out and purchase things at Wal-Mart with the earnings that they make at the vocational services.

Stentson said that there is a two year waiting list to get in the facility and there are more than 50 on the waiting list.  Sentson said Rainbow Omega has no plans to expand, though he hoped that other groups would draw from their experience and build similar facilities in other areas.