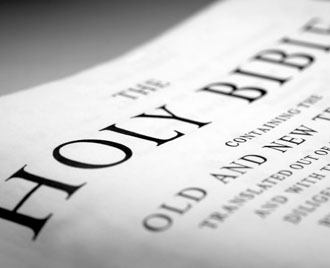 Wednesday, August 13, 2014 Congressman Bradley Byrne (R) from Montrose released a written statement about continued reports of Christians being singled out and attacked by the Islamic State of Iraq and Syria (ISIS).

Rep. Byrne said: “Stories of Christian women and children being captured, killed, and beheaded are heartbreaking.  ISIS has even demanded that Christians ‘leave, convert, or die.’ The threat of genocide is very real, and ISIS seems to be growing in power by the day. I urge President Obama, Secretary of State Kerry, and Secretary of Defense Hagel to take swift action to protect Christians living in the Middle East which is consistent with the actions taken to protect the Yazidis.”

Rep. Byrne said, “I support President Obama’s decision to conduct limited military air strikes against ISIS and to deliver humanitarian aid in Iraq to the Yazidi religious minority being persecuted by ISIS. ISIS is a truly dangerous terrorist organization whose advances must be halted. Their desire to create an Islamic State puts all people of different faiths at risk, and I remain especially troubled by the status of Christians in Iraq and all throughout the Middle East.”

ISIS is now calling themselves the Islamic State (IS).  The group had its beginnings in Iraq as Al Qaeda in Iraq (AQI).  Our military fought them to the brink of extinction during the Surge in Iraq.  The AQI survivors fled to Syria to regroup where they found fertile recruiting grounds among the disgruntled Syrian Sunnis.  The group re-armed and broke from Al Qaeda (Al Qaeda’s leadership thought they were too violent).  The group seized control of large swaths of territory from Syrian President Bashir al-Assad’s regime. In June the group invaded Iraq, in force.  They have captured Mosul, Iraq’s second largest city.  Mosul sits next to the Biblical City of Ninevah, which was the capital of Assyria.

Mosul has had a large Christian community since the Apostle Thomas’s evangelization work there following the death of Jesus.  When ISIS seized the city, they demanded that Christians convert or die.  ISIS has been videotaping executions, including crucifixions, of Christians and Yazidis (an ancient monotheistic sect that predates Islam and Christianity) including children.  They control much of the Anbar province and have made inroads into Kurdistan.

They have declared that they are an Islamic Caliphate.  The historical Caliphs conquered much of North Africa, Spain, the Middle East, and much of central Asia from Persia/modern Iran to the borders of China.  Their empire slowly came apart when the governors of the various provinces gradually became independent rulers.

Numerous Christian children have been beheaded by the group.  The group has posted photos of their beheaded victims on social media and declared “We will kill your people and transform America to a river of blood.”

Due to surprise and utter incompetence by the Iraqi army ISIS has captured significant amounts of high-tech U.S. military equipment including: fifty-two 155mm M198 howitzers; 1,500 Humvees; and 4,000 PKC machine guns plus small arms.