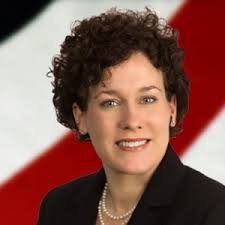 Alabama teachers did not get a pay increase this year. No one who has seen the projections for the 2015/2016 fiscal year budget is optimistic that a pay raise is likely in that coming year.  In fact, Alabama teachers have seen just one raise during this decade (the 2013/2014 school year).  Their take home pay has actually declined since the Great Recession ended due to teachers now shouldering a larger share of the burden for their future retirement costs.  Despite the austerity that has gripped most Alabama public schools, the Alabama School Board shocked observers by voting to give Alabama State School Superintendent Tommy Bice an extra $1000 per week of spending money.

On Monday, Board Member Mary Scott Hunter (R) explained her decision to support the massive pay increase in her email newsletter.  Hunter wrote,

“Dr. Bice received his own good news at Wednesday’s State board meeting when the board voted to approve a two-year contract extension and provide a salary increase.  By way of background, I advocated in subcommittee for a smaller increase which was tied to incentives and exceeded the highest paid local Alabama Superintendent.  The Committee did not accept that recommendation and chose to recommend salary parity with the Chancellor of the Alabama Community College System – a recommendation I ultimately voted for in the general meeting.  I am pleased that educators and students will continue to benefit from the steady leadership of Dr. Bice and am certainly hopeful that salary increases for educators may be achieved soon.  This past year the budget was stretched to cover increased PEEHIP costs related to Obamacare which were not passed on to educators.  Thankfully, the budget absorbed that extra cost to educators but disallowed increases to salaries.  Rainy Day repayments and a slow or negative economy also mightily stressed the 2014/2015 budget.  Although not present, the governor communicated his endorsement to board members and the motion was approved 6-2.”

While these may be boom times for Superintendent Tommie Bice, they have not been so good for Alabama’s teachers and education employees.

The Alabama Education Association’s (AEA) spokeswoman Amy Marlow told the Alabama Political Reporter that over the last two years, Alabama has led the entire nation in cuts to education.  Marlowe cited a report by the Center on Budget and Policy Priorities.  According to a report by Michael Leachman and Chris Mai, since 2008 Alabama education spending per student has plummeted by 20.1 percent.  Only Oklahoma has seen a steeper inflation adjusted decline.

Marlowe said that teachers and education support persons received no raise in the budget that goes into effect this year.  They did receive a modest 2 percent raise in the 2013/2014 school year; but received nothing in the 2012/2013 school year and absorbed a 2.5 percent reduction in net pay in 2011/2012 as the legislature made the teachers contribute more towards their own retirements.  This followed the recession years of 2010/2011, 2009/2010, and 2008/2009 where educator wages were frozen at 2007/2008 school year levels, in which a seven percent pay raise was given.

Marlowe said, that for many educators their take home pay is down from the levels received seven years ago.

Teachers and willing parents have made up the slack for State cuts in school supplies over that period.  According to Ms. Marlowe, each classroom received $725 in pupil supply money from the state of Alabama.  Today, that number has fallen to just $310, and that is up from some recent years where State pupil supply money had fallen to $0.

Additionally, teacher and education support jobs have been cut and whole teaching units have been eliminated.  Some systems have been forced to close and consolidate whole schools.

Despite the dire financial straits that many school systems are still in, the State School Board felt it was a prudent use of limited State funds to increase the superintendent’s pay by a whopping 26 percent.

The $52,000 pay raise given to Tommy Bice is $10,426 more than the median household income in the State of Alabama and is more than what most Alabama education employees.  The State’s meager median income of $41,574 (in 2012) has actually dropped 4.08 percent over the last three years for which we have data.  The raise increased Supt. Bice’s pay from $198,000 to $250,000 a year, over seven times what the average Alabama worker makes at his or her job.

Not everyone on the Board thought that this pay increase was justified.

Board Members Stephanie Bell (R) and Betty Peters voted no on the controversial contract.  Bell said on Facebook that the contract included a 26% pay raise, two-year contract extension, a $21,000-a-year housing allowance, $5,000 annually for professional development, and a car.