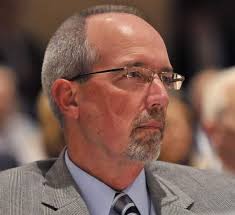 On Friday, August 15, Alabama’s reportedly largest Tea Party group, the Rainy Day Patriots, wrote a letter denouncing the decision by the Alabama Board of Education to award Alabama School Superintendent Tommy Bice a contract extension and a mammoth $1000 per week pay raise.

In an, “Open Letter to the Citizens of Alabama” they wrote:  “On August 13, 2014, the Alabama State School Board awarded Superintendent Dr. Tommy Bice a pay raise of approximately 26%! In addition to the $250,000 (26% pay raise) and his two-year contract extension, the benefits included in the contract are: “(free) comprehensive annual physical; accumulation of annual and sick leave (state retirement); full-time use of a car; $1,750 PER MONTH housing allowance; reimbursement to obtain and maintain a smart phone, an electronic tablet, and a laptop computer; and reimbursement for up to $5,000 annually for professional development.” (Dr. Bice travels out-of-state at the expense of other organizations, etc., which is not included in the contract.) Also, the contract states Dr. Bice’s “accumulated sick leave shall be transferred to his employment as superintendent.”

The Tea Party leaders wrote, “This is absolutely obscene in this economic environment!  To award a pay increase of this level at a time when Alabama’s National Assessment of Educational Progress (NAEP) scores have dropped precipitously (we now rank 50th in the nation), is outrageous. However, this did not stop the School Board from voting 6-2 to approve. Governor Bentley, who is a voting member of the Board, was not present for the vote, but made his approval of this contract known to President of the Board, Ms. Ella Bell. State School Board Members Stephanie Bell and Betty Peters voted in opposition, and are to be congratulated for demonstrating good stewardship with taxpayer monies.”

The group continued, “Our classroom teachers have not received a raise in three (3) years, and our state employees even longer. The General Fund is in trouble to the point that Governor Bentley was even considering calling a special session of the Legislature to take Education Trust Fund money. The Alabama Treasury website outlines the Education Trust Fund Bond Debt at $2.75 billion, not to be paid off until 2033. The dividends and interest for this debt total approximately $21,000,000 annually. The Scholarship Grant Organization has taken $25,000,000 out of the Educational Trust Fund already. This is fiscal irresponsibility. Who pays for this? WE THE TAXPAYERS!”

The letter concludes, “Yet again this Board has demonstrated that they are out of touch with the educational needs of our Alabama children. There was neither public discussion nor comments before or after the vote. Alabama citizens elect State School Board Members to represent students and their parents, not the Superintendent.”

“Choose to hold our elected officials accountable if you believe that this new contract is outrageous in our current economic climate. Ask your State School Board Members to justify their vote, ask Governor Bentley why he called for, and then approved, this contract. Make your voices heard.  Choose to get involved for the sake of our children and our State’s future.”

According to original reporting by the Alabama Media Group Ann Eubanks attended the Alabama School Board meeting and was denied an opportunity to comment on the decision to dramatically increase Supt. Bice’s pay to $250,000 per year.

Conservative groups have been critical of Supt. Bice and his support for the controversial Common Core Standards that are being implemented in the schools as part of Alabama’s Plan 2020: College and Career Ready Standards.

Efforts to repeal the new national standards for math and reading have been rebuked to this point by Senate Majority Leader Del Marsh (R) from Anniston who has refused to allow the State Senate to even vote on legislation which would repeal Common Core in Alabama.  Meanwhile other states, including North Carolina, Indiana, and Oklahoma have repealed the standards.  Others like Texas never passed the unpopular new curriculum in the first place.

Supt. Bice has been an outspoken proponent of the new education standards and has at times been dismissive of the concerns of groups, like the Alabama Legislative Watchdogs (who are affiliated with the Rainy Day Patriots and the Wetumpka Tea Party).