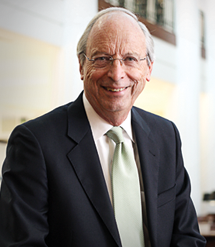 The former dean of the Cumberland School of Law, Judge John Carroll has accepted a position as the acting Director of the Alabama Ethics Commission, replacing the retiring Jim Sumner.

On Wednesday, August 28, the Commission voted to offer the acting director position to the recently retired Cumberland Law School Dean. On Tuesday it was announced that he had accepted the position as Acting Director while the Commission conducts a search for Sumner’s eventual replacement.

According to his Samford bio, Dean John Carroll is a professor at the Cumberland School of Law at Samford University, where he teaches Federal Courts, Complex Litigation, Mediation, Evidence, Trial Practice and an on-line course in E-Discovery and Evidence. Carroll was dean of the prestigious law school for 13 years.

Carroll received his undergraduate degree from Tufts University and has law degrees from both the Cumberland School of Law and Harvard University.

Judge Carroll was a United States Magistrate Judge in the Middle District of Alabama for over 14 years. Carroll He is a former member of the United States Judicial Conference Advisory Committee on the Federal Rules of Civil Procedure and is the former chair of its Discovery Subcommittee. He was also the chair of the Magistrate Judges’ Education Committee of the Federal Judicial Center.

Before becoming a judge, Carroll was a Professor of Law at Mercer University School of Law in Macon, Georgia. Carroll is a former Legal Director of the Southern Poverty Law Center in Montgomery.

He has been involved in major civil rights class action litigation and complex criminal defense including death penalty cases. Twice he has twice argued before the United States Supreme Court. Carroll has frequently appeared on Birmingham area television and radio stations as an expert guest commenting on legal matters in the news.

Judge Carroll is also a combat veteran of in the United States Marine Corps.

He is a Fellow of both the American and Alabama Bar Associations, an Academic Fellow of the International Society of Barristers and is an elected member of the American Law Institute.

Judge Carroll has been married to his wife Susan for 42 years. Together they have one daughter, Catherine Sanders, and a grandson.

Judge Carroll replaces Jim Sumner who is retiring after 17 years on October 1.

Over the last two decades, however, most complaints go around the Ethics Commission. Serious complaints like those that are frequently investigated by the Alabama Political Reporter are much more likely to be investigated by the Alabama Attorney General’s office or the FBI and U.S. Attorney General’s office in a state or federal grand jury, often secretly, often without ever appearing before the ethics commission.

The Director of the Ethics Commission also issues opinions on what is allowed or is not allowed by politicians, lobbyists, and State employees under Alabama law.