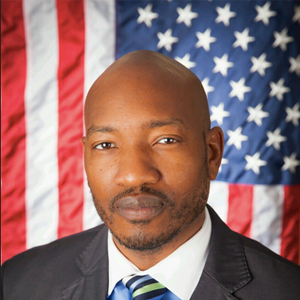 The United States has been in an acknowledged war with Islamic-Fascist terrorists since September 11, 2001, and arguably, we were in this war long before that. But, we refused to acknowledge it, until it became impossible to ignore.

Thousands of Americans died on 9-11 and thousands more have died fighting terrorists in Iraq, Afghanistan and other fronts of the war against Islamic extremists. In the last three years, former Al Qaeda of Iraq operatives in exile in Syria have broken away from their parent organization and have become the dominant Sunni faction in the ongoing Syrian Civil War.

They have invaded deep into Iraq, where they have taken Mosul, Iraq’s Second largest city which directly adjoins the ancient Biblical city of Ninevah. The group known as the Islamic State of Iraq and Syria (ISIS) and also the Islamic State of Iraq and the Levant (ISIL) includes up to an estimated 300 American volunteers. ISIS/ISIL has executed Christians, Yazidi, Turkmen, and other minorities, including women and children. The group has also murdered captured Syrian and Iraqi Army soldiers and even Sunnis who refused to join their well funded terrorist army, which currently numbers over 15,000, according to Congresswoman Michelle Bachmann (R) from Minnesota.

The United States Armed Forces are currently bombing ISIS military targets to help the Iraqi and Kurdish armed forces in their war with the terrorist group. The group has been denounced by many as being simply “evil.”

Many people were offended when the Democratic candidate for Alabama’s Third Congressional District Jesse T. Smith said on Twitter, “The greatest country on earth is being bullied from within. Actions of Republicans in congress are worse than #ISIL.”

Understandably, Republicans were not pleased and Smith’s inappropriate comments have led to a whole host of national political articles. Smith has been forced to apologize for his over-the-top rhetoric.

Mr. Smith is running against popular incumbent Congressman Mike Roger (R) and even most Democrats do not believe that Smith has much chance against the six term U.S Congressman.

Referring to Democrats chances of unseating Republican incumbents in Alabama, State Democratic Party Chairwoman Nancy Worley recently told Phillip Rawls (Associated Press), “We appear to be on the sidelines in how the national people are looking at it.”

Attempting to explain his bizarre post, Smith later said in a statement on Facebook, “The republicans have used the economy as a means to terrorize the people of this country. Raising interest on student loan rates, trying to privatize social security, passing tax cuts that only help the super wealthy, cutting the food stamp budget for the neediest of people. These are all examples of how the republican party is terrorizing the middle and lower classes of America.”

The Speaker of the Alabama House of Representatives Mike Hubbard (R) from Auburn said on Facebook, “The comments made by Congressman Mike D. Rogers’s Democratic opponent claiming that the Republican Party is worse than ISIS are reprehensible and disgusting. Sadly, you will not see many Democrats distancing themselves from these remarks. While Republican Party leaders are focused on solutions, Democrats just continue to spread hate and lies. Alabamians have a clear choice this fall as we head towards Election Day.”

The unfortunate gaffe, however, has drawn statewide and national attention to the struggling Smith campaign. However, to defeat a six term incumbent, Smith will need moderates and independents that normally vote republican to vote for him. The Third Congressional District of Alabama has been in Republican hands for decades.

According to his bio, Jesse T. Smith was born in June 1974 in Albany, Georgia. Smith was raised by his grandparents raised in Holly Holmes Public Housing in southwest Albany. He attended Westover High School for two years, then he moved to Washington D.C. where he graduated from F.W. Ballou Senior High School in 1993.

Jesse enlisted in the United States Army in March 1995, served two tours in Bosnia supporting both Operations’ Joint Endeavor & Joint Guard. He then served in Germany until two combat tours in support of Operation Iraqi Freedom I and III. His convoy was among one of the first convoys to enter Tikrit Iraq prior to the capture of Saddam Hussein.

In March 2003 he was inducted into the Sergeant Audey Leon Murphy Leadership Club. This highly regarded achievement is only bestowed upon the top 2% of Enlisted Army leaders. He attended the U.S. Army Sergeants Major Academy where he graduated from the Battle Staff Non-Commissioned Officers Course with superior ratings.

He was discharged on December 1, 2008 after serving nearly 14 years on active duty. He works as a federal civil service employee at the Department of the Army Combat Readiness/Safety Center. He served as an Accident Investigator (Fatality Division) & Tactical Occupational Safety & Health Manager for the Army Brigade Combat Teams.