Recently, our state leaders have been going around patting themselves on the back for how much they have changed things over the past four years. They say over the next four years they are going to “be bold” if not “bolder” than they were before. They plan to go even further than they have in the past. This should be a wake up call to everyone in the state, especially our educators and state employees.

The last four years have certainly seen changes. But they have not been successful ones. We are the only state in the nation that has an increasing unemployment rate. We are 49th in the country for job creation. We also lead the nation in funding cuts to public education.

It isn’t just a matter of the current leadership’s policies failing. It’s the way they have done business in Montgomery—the culture they have created.

First, let’s look at the way in which they passed the Accountability Act. Our current leadership passed one version of the bill, then went behind closed doors and switched it out for another version-a version that had not been debated on the House floor and included new spending. They rammed this bill through in the dead of night so that this second version of the bill was never given a chance to be read by the public before it became law!

Because they chose to use these Washington-style tactics, the courts have ruled the Act unconstitutional, both for what it does, but primarily for the illegal way in which it was passed.

Instead of wasting taxpayer money, we should be investing in highways and our infrastructure so we can create jobs. Instead of cutting even more funding from our schools, we need to look at raising revenue through a lottery and entering into a compact with the Poarch Creek Indians.

So I agree that historians will definitely talk about our current legislature in the years to come. But I doubt what they have to say will be very positive.

The last four years have not been good for our state. From multiple failed policies to the way our legislature is doing business, it’s not pretty. Now legislative leaders are promising to come back and “be bolder,” by forcing through even more doomed-to-fail policies, and using questionable political tactics even more aggressively. That’s not bold. That’s just dangerous!

In this article:Craig Ford, PCI., Poarch Band of Creek Indians

Opinion | The gambling bill was defeated. What happened and what’s next? 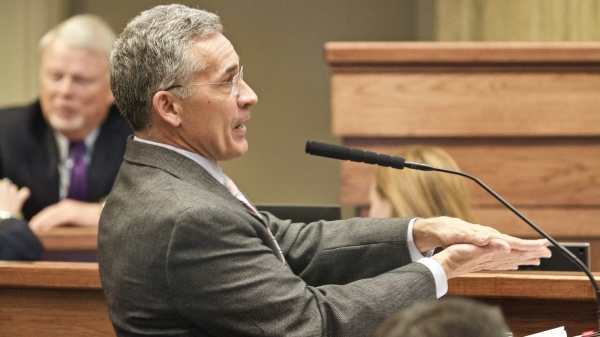 Sen. Del Marsh's gambling bill failed to get the 21 votes needed to pass the Senate