As the discussion continues regarding the Alabama GOP’s 2014 super majority takeover of the legislature and to what extent it was bankrolled by the Poarch Band of Creek Indians, it is imperative that we delve into the bigger picture at hand. The public needs to understand what true wrongs have been committed in this circumstance.

President Pro Tem of the Alabama Senate Del Marsh has stated that he “pitched his vision” for a pro-business legislature to Tribal leadership, which in his mind would consist of an overwhelmingly Republican body. Marsh contends he didn’t request a donation from the Tribe but aspired to prevent the deep-pocketed Poarch Band of Creek Indians from bankrolling Democratic candidates as the two parties battled for legislative control. This is a highly common phenomenon in partisan politics. “All I was trying to do, quite honestly, was to keep them from getting involved in other races on the other side. They’ve got the ability to spend a lot of money,” Marsh was quoted in an earlier interview.

It is important to understand that Marsh’s hesitancy to take money from the Tribe was all about the politics of his party. There is absolutely nothing wrong with taking contributions from The Poarch Band of Creek Indians, and given their track record and impressive business model, many politicians would be honored to receive their support.

There are two primary wrongs in this story. The first wrong involves alleged campaign finance violations against Speaker of the House, Mike Hubbard. The second wrong is the lack of honesty and transparency that surrounded the receipt of contributions from the Poarch Band of Creek Indians.

If you take money from an organization, don’t cowardly hide in the shadows . . . be prepared to take to the frontlines in their behalf. In addition, be prepared to honestly communicate with your constituency in an effort to garner their support. This scenario illustrates how partisan politics can often block any real progress, leaving the people to perish. If a lesson can be taken from this – it’s worth its weight in gold.

Key members of the Republican leadership and their Democratic counterparts have expressed willingness to move forward with negotiations pertaining to a Tribal-State Compact, recognizing the immediate economic relief a compact could provide the state. This could be a real opportunity for both sides to work together . . . an opportunity for some true leadership to emerge.

While we continue to hear about scandal, corruption and a well-oiled money machine, we are not hearing what really matters in this case. Let’s put the smoke and mirrors to rest and address the issue at hand. The Poarch Band of Creek Indians has sought a Tribal-State Compact with the state of Alabama for over a decade, aspiring to selflessly lift all boats. This revenue sharing agreement could offset our states looming financial crisis. Alabama is broke. Period. End of story. It is time that people wake up to this and become receptive to viable solutions – particularly those that reside in our own backyard

The tribe should be viewed as a hand reaching out in turbulent times – not as an endless source of campaign finance funding and a political chess piece. The Poarch Band of Creek Indians is Alabama’s only federally recognized native family, richly blessed with the ability to lift this state up. They should be viewed as a neighbor, an ally and business partner of this state. Abuse of their financial resources is unacceptable. This is not about politics, it’s not about partisanship . . . it’s about people. 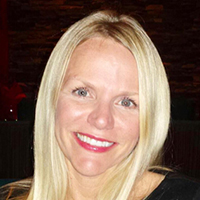