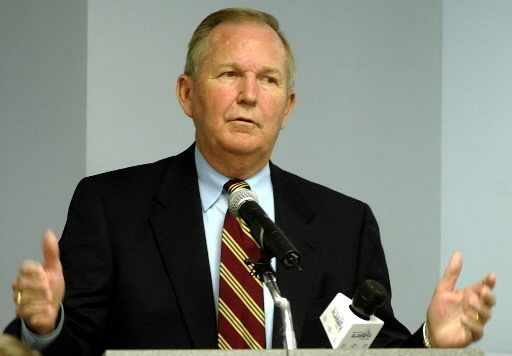 Power, like any addiction, is very difficult to give up. Often, any attempt to give up an addiction results in a relapse. In December 2011, after decades of service to the Alabama Education Association (AEA) and the Alabama Democratic Party, AEA Executive Secretary Paul Hubbert decided it was time for he and his long time friend and ally, Dr. Joe Reed, to step aside from the powerful Education Employee’s Association the two men had led since the 1960s.

At the time, Executive Secretary Hubbert told the Gadsden Times Dana Beyerle, “Henry will have to cut his own swath. A lot will depend on what choices he’s given. Most of the time, we react to what (the Legislature is) doing. If legislators think they’ve done enough and want to leave things in place, the AEA will become a good ally.”

In 2011, the AEA led opposition to Alabama Governor Robert Bentley and the GOP leadership’s plan to seed charter schools across the State. Secretary Mabry found willing Republican allies in the State Senate to gut the charter schools bill that passed the House. In 2012, Hubbard and Marsh used legislative maneuvering in a conference committee to substitute the Alabama Accountability Act for a school flexibility bill that sailed through both Houses. This time most of the GOP stood solid with Hubbard and Marsh.

Despite this setback the AEA was able to kill a plan by Governor Bentley to merge the two budgets into one fund. The AEA was less successful at winning pay raises for teachers, even when the Governor requested a raise in his budget request for the year beginning on October 1. Only once (the 2013 legislative session) did teachers get a pay raise and teachers even had to contribute more toward their own retirements resulting in a take home pay cut for teachers and education support personnel in the 2012 budget.

Since then, the AEA and its allies have since been able to get an increase in the amount that the state pays for classroom supplies (at one point is got down to $0) and a larger State contribution toward rising healthcare insurance costs due to the implementation of Obamacare in the FY 2015 budget.

In 2012, Hubbert, who was receiving kidney dialysis treatments three times a week, told CBS Channel 8’s Tim Lennox that he still talked with Mabry but, “I don’t want to get into trying to micro manage the operation from afar because I felt like when I walked out I should turn it loose, and I’ve done that.”

Apparently something has changed for the 78-year-old, retired Executive Secretary.

On Tuesday, Hubbert is reported to have sent a letter to AEA Board members in which he savaged Mabry, his successor.

This bold attempt at a coup d’etat by Hubbert and his still formidable (though aging) Democratic allies at AEA is a move that shows how much the State has changed since the 1980’s, when Hubbert and his allies dominated politics in this State. At that time such strange actions like attempted ousters of the AEA leadership in the middle of a general election would have been absolutely unheard of.

Sources within AEA tell the Alabama Political Reporter that the effort to oust Executive Secretary Mabry is due to the unwillingness of some hard-core Yellow Dog Democrats to accept that, in much of Alabama in the 21st Century, Democrats simply can not win.

Secretary Mabry’s supporters point to AEA endorsement of Republican candidates in at least seven State House Primary races that defeated Republicans supported by Hubbard and Marsh. Mabry’s detractors point to his lack of success in Statewide and State Senate races where Hubbard and Marsh and their Business Council of Alabama (BCA) allies thoroughly dominated candidates who had AEA backing.

Hubbert asserted in his letter that the AEA was losing money and membership. While there is some truth to that charge, Hubbert’s critics point out the fact that that is largely due to a law that was passed by the Republican Supermajority outlawing payroll deduction of union dues while Dr. Paul Hubbert was still the executive secretary. Dr. Mabry was able to tie up that law with delaying tactics in the courts until the courts finally ruled in favor of the State on appeal. Also, the loss of money and members has been largely due to downsizing of the education workforce due to budget cuts following the Great Recession of 2008 and 2009.

Neither Dr. Hubbert or Dr. Mabry can be held responsible for the global recession. The legislature did actually increase the number of teachers in the 2015 budget. It has yet to be seen whether or not those new teachers will join the AEA or not. The AEA is actually up over a $1 million in revenue over where it was at this time last year, but much of that is due to the ‘risky’ investments cited in Dr. Hubbert’s letter.

Regarding the charge that many Republican legislators despise AEA: there is considerable truth to that charge as well, though Paul Hubbert’s critics point out that much of that can be traced to the 2010 election at which time Paul Hubbert led AEA. At the time Hubbert was then doing double duty as the vice-chair for labor affairs public sector of the Alabama Democratic Party and the AEA.

With growing dissatisfaction of President Obama’s policies, it was no contest, and Republican forces easily swept aside the outclassed Alabama Democrats in a landslide election victory that shocked even many political veterans. Secretary Mabry inherited that situation and a lot of Republican ill will from his predecessor.

In the coming days, it will be up to AEA Board whether to continue with the bipartisan efforts of Executive Secretary Mabry, part ways, go into the midterm elections and the coming organizational session of the 2015 Alabama Legislature with someone entirely new, or bring back the aging Paul Hubbert as Executive Secretary on an interim basis while they search for his second successor.