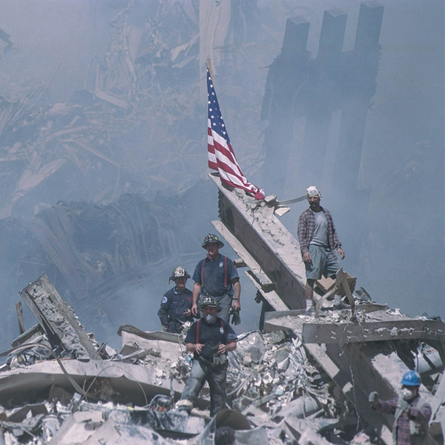 Thursday was the 13th anniversary of 9-11. On that day in 2001, terrorists who were members of the Middle Eastern Group Al Qaeda under orders from Osama Bin Laden, seized four Americans airliners filled with passengers by force and flew three of them into the two Towers of the World Trade Center in New York City and the Pentagon in Washington D.C. After learning of the carnage by cell phone, the passengers of the fourth airliner attacked their terrorist captors and took control of the plane by force. They like the passengers of the other three aircraft all died that day; but their sacrifice likely saved the Capital Building and the lives of thousands more Americans on the ground. Any illusions we might have had that we lived in a time of peace ended that day. The War on Terror continues to this day. Thursday was also the second anniversary of the deadly attack on Americans in Benghazi, Libya.

Congressman Mike Rogers said in a written statement, “Across the United States, September 11th is a day we remember our fellow Americans who lost their lives in two separate attacks. Of course most of us can recall exactly where we were when we got the news of the 9/11 terrorist attacks in 2001 on our homeland and then in 2012, in the attack on the U.S. Embassy in Benghazi, Libya. These cowardly terrorist attacks took the lives of so many innocent Americans – fathers, mothers, husbands, wives, brothers and sisters, but even through these tragedies, the American spirit could not be broken.”

The Republican nominee for the Sixth Congressional District Gary Palmer wrote, “The victims and heroes of 9/11 will never be forgotten. Daily we must demonstrate our appreciation to the men and women who stand guard over our freedom and liberty. Their dedication to our country should be held in high esteem today and always.”

The Alabama Republican Party announced in a statement that Thursday was, “A Day of Remembrance and Reflection.”

In a written statement, the Alabama Republican Party said, “On this 13th remembrance of the attacks of September 11, 2001, we must reflect on the events of the past and plan for the future. The current crisis in the Middle East demands our immediate attention. The hostility from ISIS to Christians and the Western world should not be taken lightly. We must not forget what such hostility can lead to. The American people must voice their beliefs and force Obama into action. The world is getting more dangerous, the United States cannot afford to take the backseat.”

The Speaker of the Alabama House of Representatives Mike Hubbard (R) from Auburn wrote on Facebook, “The terrorist attacks 13 years ago changed the world as we knew it. And as we mourn those we lost on that tragic day, our resolve remains strong and we remain one indivisible nation.”

The Alabama GOP continued, “Our thoughts and prayers are with the families of the 9/11 victims and with those who stand guard over our freedom and liberty. We pray for a safe and uneventful September 11, 2014. May God bless America…again!”

Congressman Rogers wrote, “Thirteen years later, these threats remain and new threats are becoming more violent. The rise of the Islamic State serves as a stark reminder that Americans around the world are targets for hatred. America will not stand by as the forces of evil and hate try to destroy our way of life; we will pursue this evil to ensure that justice is served. On this September 11th, I hope everyone will join me in remembering the families of those who lost their lives, and keep praying for our brave men and women in uniform and for our great country. God Bless America.”

Nine Days after the crushing terrorist attack then President George W. Bush said, “Even grief recedes with time and grace. But our resolve must not pass. Each of us will remember what happened that day, and to whom it happened. We’ll remember the moment the news came — where we were and what we were doing. Some will remember an image of a fire, or a story of rescue. Some will carry memories of a face and a voice gone forever. And I will carry this: It is the police shield of a man named George Howard, who died at the World Trade Center trying to save others.”

To this day the memory September 11, 2001 still haunts this country like few events possibly could.