September in Alabama usually means the slow beginning of bearable temperatures and an undefeated record for the Crimson Tide.  But this year, it also means another election cycle heats up as we head towards November.  Turn on C-Span for 15 minutes – or simply forget to mute your television during any commercial break for the next two months – and you’re likely to hear a politician talking about what needs to be done to facilitate small business growth in Alabama.  It’s with good reason – young, growing businesses account for 70% of net new jobs in our economy, and entrepreneurship tends to rise in periods of weak economic growth like we’ve had the last few years. .  But too often, the solutions proposed by are driven by ideology instead of information from the source.

That’s why earlier this year, Thumbtack.com, a consumer service that links individuals to business professionals, released the results of our third annual survey on Small Business Friendliness. Thumbtack’s is the only nationwide survey that measures sentiment directly from business owners –asking nearly 13,000 entrepreneurs to fill out a survey, the company ranked 38 states across 11 metrics.

By hearing directly from the owner-operators of small businesses, we hope to provide insight into what small business owners themselves think make for a business friendly environment. Alabama received a B- rating for small business friendliness, ranking 20th of the 38 states surveyed.  The state did well for its labor laws and zoning rules, but earned an F for the availability of its training and networking programs and a D for the ease of hiring new workers, actually ranking last overall in this category of the 38 states.

In addition to the statistical data provided by the survey, anecdotes from local entrepreneurs offered key insights into the relative strengths and weaknesses of regional business climates. A housekeeper in Empire said that starting her business was easy, saying, “the licensing site for Alabama is easy to navigate.”

But other business owners though the licensing system could be improved.  A gutter repairman in Auburn suggested “creating reciprocity of licenses” for local services.  “If [I] have an Auburn license,” he wrote, “let that suffice for…any city in Alabama. Why pay for an extra license for every tiny town that’s part of the same geographic region?”

Our survey found that licensing and regulation matter tremendously.  States that made regulations easy to comply with and that created, and consistently enforced, simple rules for businesses did better in the survey than states that instead piled on complicated, overlapping requirements. The costs in terms of time lost to small businesses in complying with regulations, specifically professional licensing regulations, were so dramatic that the friendliness of licensing regulations had twice the effect of the complexity of the tax code when it came to overall friendliness scores.

As for training and networking – where Alabama scored the lowest of any metric – there was a general sense that the state did not publicize resources like the Alabama Small Business Development Center effectively enough.  A painter in Pell City put it in harsh terms: “It’s never that easy to start, own, or run a business.  I personally don’t think our government could care less.  As long as money is coming into their pockets, they are happy.”

Contrary to the popular view that business owners just want to see government get out of their way, many small business owners in our survey actually appreciate when their local governments or civic organizations made themselves available and helpful. Frustration and confusion occurred when these entrepreneurs, many of whom were first time business owners, perceived the state putting up unnecessary barriers or unevenly enforcing the regulations on the books.

Ask almost any small business owner what’s most difficult about running his or her own company, and you’ll likely hear a list of complaints that have little to do with the actual substance of their chosen field.  The message is simple – let me focus on my core business, but provide the support to help me manage the secondary issues.

In some areas, Alabama is already doing this very well.  If it can extend that approach to areas where the state did not score as well, entrepreneurs – and the state’s economy – stand to benefit.

Jon Lieber is the Chief Economist at Thumbtack.com

In this article:Jon Lieber, regional business 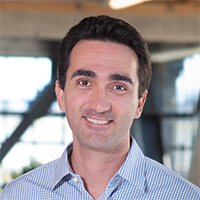