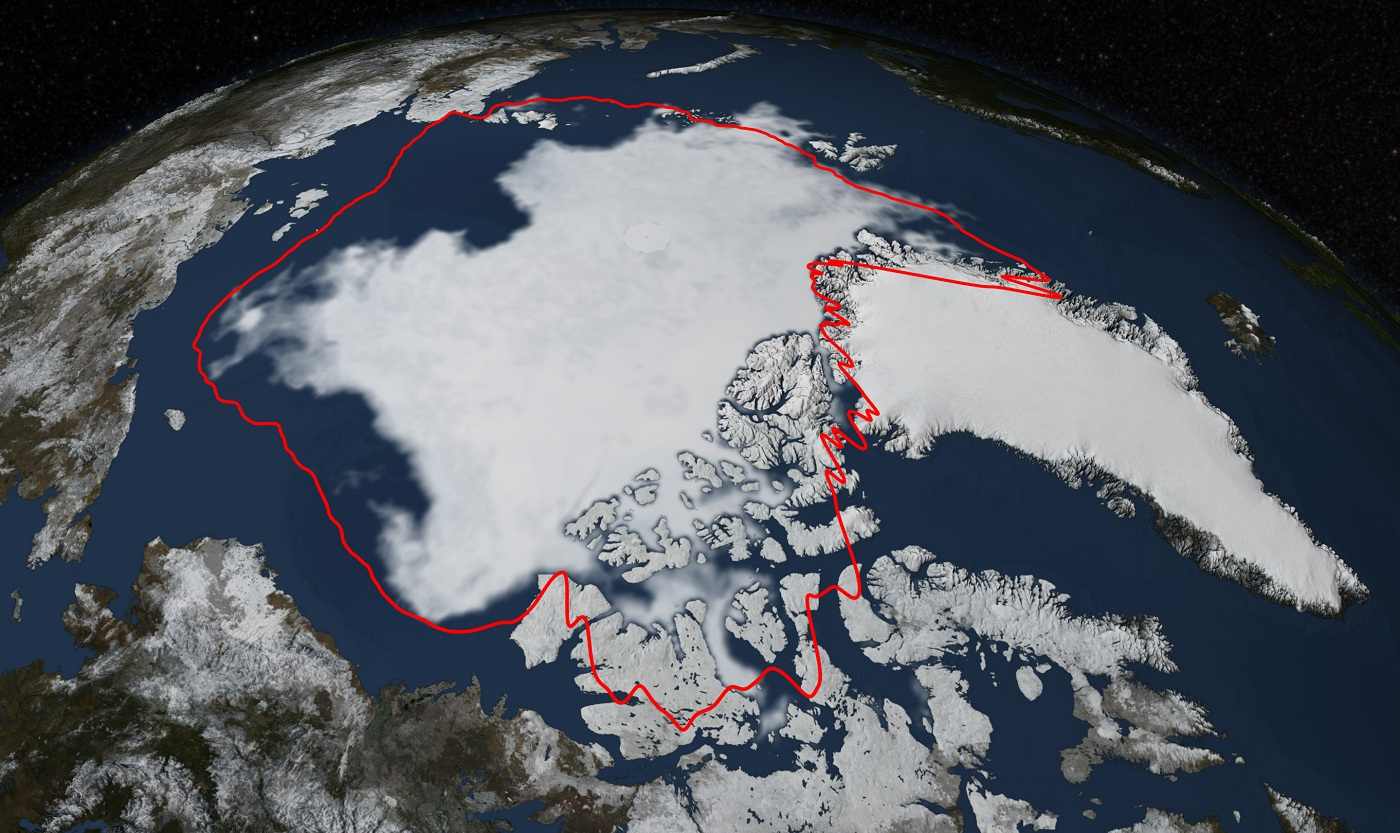 On Monday, September 22, NASA reported that Arctic Sea ice coverage declined this year. There is a portion of the polar ice cap that has been frozen for thousands of years. Each Winter, the cap grows as more of the adjoining ocean freezes. In the Summer, all or most of the new freeze melts as well as some of the older ice. This year was another year where at the end of the Summer there is more ocean and less polar ice cap than in previous summers.

The annual minimum is normally around September 17.  Around that point each year the Arctic Winter sets in and the cap begins its annual growth that continues to its annual maximum around March 21.

According to information from the NASA-supported National Snow and Ice Data Center (NSIDC) at the University of Colorado, Boulder, over the 2014 summer, Arctic sea ice melted back from its maximum extent reached in March to a coverage area of 1.94 million square miles.  According to the analysis by NASA and NSIDC scientists, this year’s minimum extent is similar to last year’s and is well below the 1981-2010 average of 2.40 million square miles.

Walter Meier is a research scientist at NASA’s Goddard Space Flight Center in Greenbelt, Maryland. Meier said in a written statement, “Arctic sea ice coverage in 2014 is the sixth lowest recorded since 1978. The summer started off relatively cool, and lacked the big storms or persistent winds that can break up ice and increase melting.  Even with a relatively cool year, the ice is so much thinner than it used to be.  It’s more susceptible to melting.”

Despite the big thaw, the Northwest Passage above Canada and Alaska remained ice-bound. According to Meier a finger of open water stretched north of Siberia all the way into the Laptev Sea, reaching beyond 85 degrees north.  This is the farthest north that open ocean has reached since the late 1970s.

Despite the large thaw this is still more ice than was recorded in 2012 (the record low).  Both 2013 and 2014 have shown increased ice coverage.  Meier believes this is not an indication that the Arctic is returning to average conditions.  According to Meier, this year’s minimum extent remains in line with a downward trend.  Meier contends that the Arctic Ocean is losing about 13 percent of its sea ice per decade.

When Scientists measure sea ice extent, they include areas that are at least 15 percent ice-covered. The NASA-developed computer analysis, which is one of several methods scientists use to calculate extent and is based on data from NASA’s Nimbus 7 satellite, which operated from 1978 to 1987, as well as the U.S. Department of Defense’s Defense Meteorological Satellite Program, which has provided information since 1987.

NASA also conducts airborne field campaigns to track changes in Arctic sea ice and its impact on the climate. Operation IceBridge flights have been measuring Arctic sea ice and ice sheets for the past several years during the spring. A new field experiment, the Arctic Radiation – IceBridge Sea and Ice Experiment (ARISE) started this month to explore the relationship between retreating sea ice and the Arctic climate.