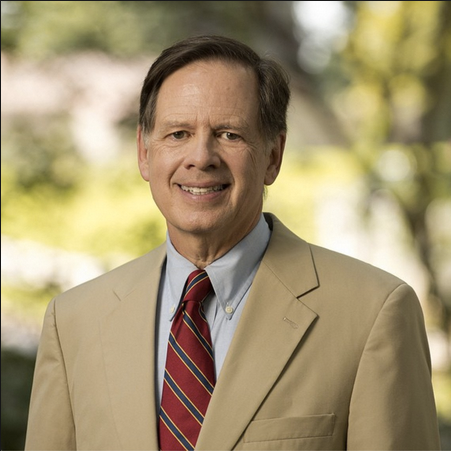 On Thursday, October 2, Mark Lester, Democratic candidate for U.S. Congress in Alabama’s 6th District, attempted to draw a contrast between himself and his opponent, Gary Palmer (R), on the issue of early childhood learning.

Lester, in a written statement, cited Palmer’s pledge to oppose any federal funding for “child care, home visits, or Pre-K.” Lester said, “Gary Palmer’s opposition to early learning initiatives is misguided. By pledging to defund valuable, voluntary programs such as Head Start, he threatens to deprive young minds of the educational stimulation and activity that they need.”

Lester suggested that the elimination of federal funding for early learning programs would negatively impact working mothers, “who seriously depend on quality child care. These working mothers need our support as they are working to support their families.”

The Alabama Political Reporter asked Lester about studies that show that there is no measurable difference in educational performance between students in the Head Start program and their non-Head Start peers by the end of the third grade.

Lester said that some of the early studies showed that, but more recent studies have shown the opposite affect and that there is a benefit to getting those kids in a learning environment as early as possible.

Lester said that there is not enough money to do that at this time and said that he believes that there will always be parents who want the Mother to stay home to do the Pre-first grade education themselves. Lester stressed that single mothers can not afford to stay home with their kids and that programs like Head Start are needed by many families in this country.

Lester said that both Alabama Governor Robert Bentley (R) and former Governor Bob Riley (R) support State Pre-K programs. Lester said, “Early learning is not a partisan issue, it’s a common sense issue. We should be proud of what we have done in Alabama. Early education programs help Alabama’s children at a critical stage in their lives—when their brains are still developing. Such programs are at the vanguard of creating a more educated, prosperous Alabama, and that is why they have garnered such overwhelming bi-partisan support…Unlike my opponent, I applaud the efforts of Governors Bentley and Riley to invest in our state’s future,” said Lester, “and I will make every effort to obtain as much federal money as I can for early learning programs that benefit the children of the 6th District.”

Head Start was one of President Lyndon B. Johnson’s programs to create what he called a “Great Society.” The theory was that if you take impoverished three and four year old children out of underprivileged homes for a few hours a day and put them in a classroom that they will enter kindergarten ready to rock and roll with their more affluent peers. The reality of the program never quite lived up to its promise.

Rebecca Bendheim with Vanderbilt University wrote recently, “After ignoring numerous psychological studies, the government finally performed their own study of the effectiveness of Head Start and found what psychologists have been telling us from the very beginning. The Department of Health and Human Services randomly assigned children to Head Start and tested them against non-assigned peers, finding that the benefits of the program completely diminish by the time the children reach first grade (U.S. Department of Health & Human Services, 2010). Therefore, we are spending over seven billion dollars a year for a portion of our low-income kindergarteners to know a few more words.”

Of course no Congressman or Senator wants to be accused of cutting $7 billion a year in funding for poor children, so the program, now in its sixth decade of existence, continues to this day, even though the economic benefits of what is essentially, government day care for poor kids, are hard to document.

Gary Palmer, in his role as President and Founder of the Alabama Policy Institute, has been critical of LBJ’s ‘War on Poverty’ and government programs, like Head Start, that have a noble purpose but a questionable performance record.

Mark Lester is a history professor at Birmingham Southern College. The Alabama Democratic Executive Committee selected Lester after their previous nominee Avery Vise unexpectedly dropped out of the race.

According to his website, Dr. Lester is a lifelong Democrat, who was born and raised in Little Rock, Arkansas. He and his family have lived in Homewood for the past 23 years. He attended Rhodes College, received a master’s degree in Middle Eastern Studies at Harvard University, and earned a law degree from the University of Virginia. In 1991 Lester earned a PhD in Modern British Economic History from the University of Oxford. He joined the faculty of Birmingham-Southern College in 1991 where he has received the “Outstanding Professor Award” given by students. He has also taught a course on First Amendment law as an adjunct professor at University of Alabama School of Law.