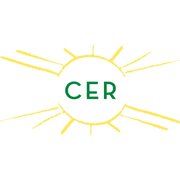 CER President Kara Kervin said in a written statement, “With 36 gubernatorial races this November, and growing impatience with state elected leaders when it comes to education issues, it is important that the American public have a tool to determine whether those seeking to be the next chief executive of their state are truly committed to ensuring better student outcomes or merely paying lip-service to maintain business as usual.”

Of incumbent Republican Governor Robert J. Bentley CER wrote, “When first campaigning for the office in 2009, Gov. Robert Bentley said he would support a pilot program for vouchers and would explore charter schools. Since in office, Gov. Bentley signed into law that state’s tax credit-funded tuition scholarship bill for certain students who attend failing schools. On charter schools, while he has asked the legislature to create some charter schools, Alabama remains one of eight states without a charter school law and Gov. Bentley has deferred to legislative opposition rather than leading the charge. Similarly, while he has publicly expressed support for performance-based pay and helped revise the longevity-only aspects of tenure for school principals, Gov. Bentley stands by the current tenure system for teachers, saying it is “not that bad right now.” Schools deemed to be “failing” can, if they wish, apply for a waiver from tenure protections.”

Of Democratic challenger Parker Griffith CER wrote: “Democrat (well, for now – was elected as a Dem to Congress, switched to GOP, lost, tried unsuccessfully to run as GOP but lost again, and now is a Dem again) challenger Parker Griffith’s big education push is to initiate a state lottery to generate more money for public schools. Griffith slams the 2013 law creating tax credits to incentivize donations to fund school choice scholarships, saying it is just “dollars [that] are being pulled from public schools and handed over to private companies, all the while punishing our state’s teachers rather than addressing and fixing the causes of a ‘failing school.’” Defending tenure, Griffith goes on to say “the cause of a failing school is never as simple as ‘bad teachers.’” Sadly, sir, sometimes it is.”

CER favors three major policy positions: charter schools, school choice, and performance pay and they base their analysis on how closely candidates agree with them on the needs for those reforms. CER describes themselves as being, since 1993, the leading voice and advocate for lasting, substantive and structural education reform in the U.S.

According to a recent CER poll, 86 percent of Americans support greater accountability in our schools. Additionally, two-thirds (65 percent) rate their state elected officials as “fair” or “poor” when it comes to education issues.

President Kervin said, “Too few of our modern-day state leaders appreciate the absolute role they must play in bringing about substantive change in America’s schools. Bold reforms were once a result of strong governors who knew it was their job to educate their colleagues in the legislatures and convene deep discussions, often putting partisanship aside. It’s as if there’s been a retreat from that kind of leadership and governance, and in 2014 it’s critical that we keep education reform front and center.”

Kervin concluded, “At a time when fewer than 40 percent of our nation’s eighth graders can read, add and subtract at basic proficiency, we must resolve to make education the most important issue when we head to the polls this November and elect governors who have a real sense of urgency when it comes to our schools.”

Both Governor Bentley and former Congressman Griffith are doctors. Both served in the state legislature. In 2010 state Representative Robert Bentley narrowly made the Republican Primary Runoff against former State Senator Bradley Byrne. Bentley then beat Byrne in the runoff and crushed Democratic Commissioner of Agriculture and Industries Ron Sparks in the 2010 General Election.

In 2008 State Senator Parker Griffith was elected to represent Alabama’s Fifth Congressional District as a Democrat. The moderate blue dog Democrat quickly came into conflict with congressional progressive including then Speaker of the House Nancy Pelosi (D) from California. In 2010 Griffith switched to the Republican Party. Griffith then lost the Republican Primary to current Congressman Mo Brooks (R from Huntsville). Griffith ran again in 2012 as a Republican against the popular Representative Brooks and lost. Griffith then became an independent in 2013. In December 2013 Griffith rejoined the Democratic Party.

The General Election will be held on November 4.