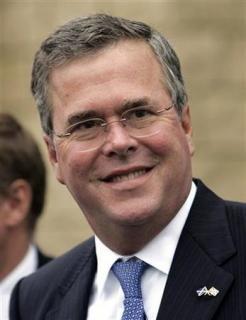 Tuesday, October 7, former Florida Governor Jeb Bush was in Birmingham for a fundraiser for the powerful Business Council of Alabama (BCA) and its influential ProgressPAC.

The former Florida Governor has been mentioned as a possible GOP Presidential contender. His brother, former President George W. Bush (R) told Fox News’s Brian Kilmeade recently, “[Jeb] and I had a conversation. I of course was pushing for him to run for president, he of course was saying, ‘I haven’t made up my mind.’” President Bush said, “I truly don’t think he has, and plus I don’t think he liked it that his older brother was pushing him.” “He [Jeb] understands what it’s like to be president for not only the person running or serving, plus family. He’s seen his dad, he’s seen his brother. And so, he’s a very thoughtful man, and he’s weighing his options.”

The BCA held a reception, dinner, photo opportunity, and leadership round table with Gov. Jeb Bush at the Sheraton in Birmingham. According to information provided by BCA, contributions for the Chairman’s Dinner were used to support BCA’s political action committee, ProgressPAC. All funds received from organizations prohibited from giving to political action committees are used strictly to cover expenses directly incurred by the Chairman’s Dinner event and are not used for any political purpose.

While Jeb has far more support in Alabama for President than any other likely GOP contender according to polling done over the summer by Cygnal, the popular former Governor does have his detractors.

Rep. Jack Williams replied, “Steve Johnson that’s sad – and that mentality will keep Democrats in the White House. I thought he did an outstanding job of laying out what he was for and where he would like to see our country go.”

Steve Johnson replied, “He supports open borders and Common Core. It is sad that you would support him.”

Rep. Williams responded, “I heard him speak and when he mentioned immigration he did not advocates open borders. But if our mentality us let’s find out what we disagree on so we can continue to eliminate viable candidates then we will continue to lose elections. Reagan said the person who agrees with me 80% of the time I’d my friend. We have left that way of thinking.”

Expect more GOP Presidential candidates to find reasons to visit Alabama over the next 17 months as the state’s Presidential Primary is fairly early in the process.

Many voters are frustrated with either or both the other parties, and these Libertarian candidates give them an opportunity to express that frustration.