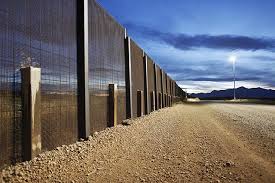 Three years ago, the Alabama Republican supermajority, from both Houses of the Alabama legislature, responding to an anti-illegal immigration wave across the State spearheaded by dozens of Tea Party groups who were demanding action on the illegal aliens issue, passed the nation’s toughest state anti-illegal immigration law. The highly controversial legislation’s constitutionality was immediately questioned.

The U.S. Constitution makes immigration enforcement and setting the rules for immigration into this country an explicit federal power. Advocates of HB 56, which was sponsored by Senator Scott Beason (R from Gardendale) and Rep. Micky Hammon (R from Decatur), brushed aside any concerns that the state of Alabama was exceeding its constitutional authority making the argument that illegal aliens were already in the country illegally thus were lawbreakers and the state could make laws to limit their otherwise legal activities in the State of Alabama.

Many questioned the constitutionality of any of this at the time, but GOP legislators (many of them attorneys) claimed that the Constitution applied to U.S. citizens and that illegal aliens by virtue of their lack of legal status in this country could be criminalized by the state of Alabama. President Obama’s Department of Justice disagreed and openly encouraged numerous immigrant advocates to sue the state of Alabama and other states who passed similar legislation. Most of HB 56 has been blocked in federal courts on piece at a time.

On Friday, October 10 another piece of that law was blocked in legal wrangling between the state and pro-immigrant groups. The state has agreed that the so-called “Scarlet Letter” provision that created the web page maintained by the state for interested members of the public to view their undocumented neighbors is a violation of federal law and has agreed to block that provision of HB 56.

Alabama will not publish the list of purportedly “unlawfully present” immigrants, according to an agreement announced today by civil rights groups that had sued to block publication on the grounds that it would violate individuals’ due process rights and exceed the state’s Constitutional authority.

This agreement is pending final approval by the U.S. District Court for the Middle District of Alabama Northern Division. Pro-immigrant groups in a written statement on Friday said that HB 56, “Has been largely eviscerated by legal challenges from the groups, which include the National Immigration Law Center (NILC), the Southern Poverty Law Center (SPLC), the American Civil Liberties Union, and the American Civil Liberties Union of Alabama Foundation.”

Southern Poverty Law Center attorney Sam Brooke said in a statement, “This is yet another victory for Alabama’s immigrant community. Blocking this final vestige of HB 56 is another nail in the coffin for Alabama’s misguided attempt to bully and intimidate immigrants. But even with this victory, meaningful immigration reform is still critically needed. We call on Congress to fix our nation’s broken immigration system, rather than blocking reform under the empty promise that it will be addressed ‘next year.’”

Attorneys for the immigrants said that the law provided no notice to people that their name and information would be posted online. The legislation also failed to provide any means for people to remove their names or change their information if the listing was inaccurate or if their immigration status changed – even if they became citizens.

The agreement requires that the state of Alabama institute a policy that bars the publication of any list naming people allegedly “unlawfully present” in Alabama. The agreement also requires that any immigration information collected by the state through the Administrative Office of the Courts be kept strictly confidential.

The groups filed the February 2013 lawsuit on behalf of four Hispanic immigrants who were arrested for fishing without a license. This is just a misdemeanor under Alabama law. However because of their immigration status HB 56 kicked in and their names, along with the names of other individuals the State deemed “unlawfully present,” would have been included on a list to be published on a public website. They sued to block the provision which was commonly referred to as the “Scarlet Letter” law.

The Director of the ACLU’s Immigrants Rights Project, Cecilia Wang said, “This Scarlet Letter database made a mockery of the presumption of innocence and our basic civil liberties. It was a no-brainer that this mean-spirited and unconstitutional law could not stand.”

Other key provisions of HB 56 were blocked in a 2013 agreement with the coalition after state immigration laws received several unfavorable rulings from federal courts, including the U.S. Supreme Court. Defending HB 56 and its followup law has cost the state hundreds of thousands of dollars just to pay the winning plaintiffs’ attorneys’ fees. The overall defense, including state resources directed to this defense, potentially cost the taxpayers millions of dollars.

Coalition attorneys who worked on the case include Kristi L. Graunke and Samuel Brooke for the SPLC; Linton Joaquin, Karen C. Tumlin and Nora A. Preciado for the NILC; Justin B. Cox, Cecillia D. Wang, and Omar C. Jadwat for the American Civil Liberties Union; and Randall Marshall, legal director, and Freddy Rubio, cooperating attorney, for the American Civil Liberties Union of Alabama Foundation.