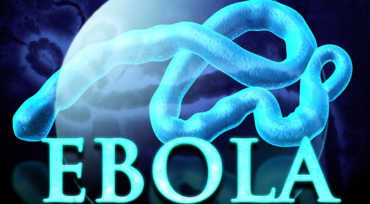 On Sunday, October 12, Congressman Mo Brooks, (R) from Huntsville, called for the Obama administration to ban travelers from Ebola infected West African Countries from entering the United States. On Thursday the Huntsville Congressman was joined by Congressman Bradley Byrne (R from Mobile) and Speaker of the House John Boehner (R from Ohio) in calling for the travel ban.

Congressman Mo Brooks said on Facebook, “Over the weekend I talked with The News Courier to weigh in on the US strategy to defeat the Islamic State as well as this Administration’s response to the Ebola virus. The President must take swift measures to quarantine or ban those traveling to the United States who have been in Ebola-stricken areas. Allowing people to come from outbreak areas into the United States threatens the lives and health of American citizens.”

On Thursday, Congressman Bradley Byrne said in a statement, “The Ebola outbreak in West Africa is a humanitarian and national security crisis that calls for serious measures. President Obama should be doing more to address this outbreak, and he should start by placing a temporary ban on flights into the United States from west Africa. A travel ban would help to halt new cases of Ebola from entering our country and allow our medical community to focus on stopping the spread based on the current cases.”

Rep. Byrne continued, “That said, a travel ban alone won’t be enough to protect the American people from the spread of Ebola. We must continue to implement intensive screenings of air passengers to limit the spread and quarantine any potential cases. We should also only treat Ebola patients at one of the four special isolation facilities in the United States where they can receive the best and most secure care possible.”

In original reporting by the News Courier’s Adam Smith, Congressman Brooks warned that the case of Ebola patient Thomas Duncan, who died in a Dallas apartment on Wednesday, could be repeated if President Obama does not act swiftly to measures to ban travel to the United States by people who have been in Ebola-stricken areas.

Thomas Duncan died in Texas Presbyterian Hospital and already two of the nurses who treated him have become infected by the disease. Hundreds of people in the Dallas area and beyond have already been exposed to this deadly illness.

In a statement, the Speaker of the U.S. House John Boehner (R from Ohio) said, “Our hearts go out to the health care workers who have contracted the Ebola virus here in the United States, as well as those who have been impacted by it around the globe. We pray for their speedy recovery, and we pray for those who are helping to treat and care for these individuals, including our medical experts and military personnel who are in West Africa to help stem this deadly disease. Concerns about the possibility of an outbreak of this sort prompted the House to provide more funding for the CDC than requested, and the tragic developments seen in recent weeks demonstrate that decision was a prudent one.”

Speaker Boehner continued, “In a September 16 speech in Atlanta, President Obama said the ‘chances of an Ebola outbreak here in the United States are extremely low.’ Since that time, several Americans have been diagnosed with the virus and untold more potentially exposed to it. Today we learned that one individual who has contracted the virus flew to Ohio through the Cleveland airport in the last few days. A temporary ban on travel to the United States from countries afflicted with the virus is something that the president should absolutely consider along with any other appropriate actions as doubts about the security of our air travel systems grow.”

The GOP Speaker said, “It is also imperative we ensure that federal, state and local agencies, along with our public health infrastructure, are prepared, remain vigilant, and follow proper protocols to identify the virus and take appropriate measures for those who have been exposed to it. Numerous committees – including the House Armed Services Committee and the Committees on Appropriations, Homeland Security, Energy & Commerce, Foreign Affairs, and Transportation & Infrastructure – are actively assessing the administration’s response, and hearings have already begun. The Homeland Security Committee held a hearing in Dallas to examine the federal, state, and local response thus far. Tomorrow, the Energy & Commerce Committee will hear from the CDC and NIH to look into their response to the crisis. These oversight efforts will continue, and the House stands ready to act if it becomes clear legislation is needed to ensure the threat is countered aggressively and effectively.”

Different strains of Ebola have sporadically popped up in isolated rural villages in Central Africa for decades. A lot of people got sick. Everyone stayed away and the disease burned itself out. It is believed that bats and other wildlife in the jungle harbor the illness between the human outbreaks.

Unfortunately, a booming population in Africa (over a billion) and urbanization means that more Africans live in much greater population density than their ancestors did. This time Ebola popped up in West Africa in much heavier populated more mobile areas. Thousands have already died and according to some experts the number of people infected are doubling every three or four weeks causing a collapse of the health care systems in hard hit countries like Sierra Leone and Liberia. While the Obama administration has ordered officials at five airports to check immigrants from infected countries for fever, Ebola has a 21 day incubation period. If a person were infected ten days ago, they likely have the virus within them but have no fever and no other symptoms.

In 2010, the Obama administration overturned Bush administration protocols for an Ebola epidemic as too harsh. The administration is now struggling to come up with a response to the crisis and the potential for more infections in coming weeks.

President Obama has ordered up to 4,000 U.S. troops to West Africa to combat Ebola at it’s source.

Congressman Byrne said, “As I have said before, I strongly condemn the use of US military personnel to address the Ebola outbreak in west Africa. Our military men and women are stretched too thin already with multiple threats of Islamic extremists in the Middle East and in Africa. Our military is not adequately trained for these medical missions, and there are better suited organizations, like the World Health Organization (WHO) and United Nations (UN), to address this unique medical challenge.”

Rep. Byrne concluded, “My heart breaks for all of the families in Africa and here in the United States who have been harmed by this deadly virus, and I want to see real leadership and serious action to ensure that more lives are not lost.”