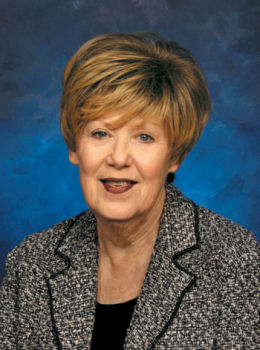 On Monday, October 20 Jefferson State Community College released a statement on the passing of Dr. Merritt:

“The entire Jefferson State Community College family is mourning the loss of our longtime leader and friend, Judy M. Merritt. As the former President of the College and community leader, she devoted her entire life to the service of others. Over a career spanning more than four decades, she was a constant force as one who truly made a difference.”

State Representative Paul John DeMarco (R from Homewood) said on Facebook, “I was sad to hear about the passing of a good friend and community leader, Dr. Judy Merritt. Dr. Merritt was the longtime president of Jeff State. She was a great educator and super person. She will be missed.”

State Representative Dickie Drake (R from Leeds) said on Facebook, “I am so sorry to hear of the passing of Dr. Judy Merritt. Judy was a friend and long time president of Jefferson State. She was a great educator, a good friend and an overall great person. She will be greatly missed. RIP Judy.”

The Dean of Campus Development and campus/legal services Keith Brown said in a statement when she retired, “Judy has always believed education is an individual’s pathway to achieving one’s goals and dreams.” “She has worked tirelessly to make education more accessible and ensure the pathway to education is clear for all.”

Dr. Merritt had been associated with “Jeff State” as it is popularly called for most of her working life. With the exception of a four-year assignment at Florida International University in Miami, Florida during the 1970s Dr. Merritt has served the people of Alabama at Jefferson State and its predecessor all of her working life until her retirement at the end of June.

Jefferson State was one campus in then unincorporated Centerpoint and has since grown to include campuses in St. Clair, Shelby, and Walker Counties as well and educates 15,000 area students in a variety of career fields.

Dr. Merritt was also a past Chairman of the Birmingham Chamber of Commerce in 1993 and served on the Executive Committee of the Public Affairs Research Council of Alabama (PARCA), United Way of Central Alabama, and the American Heart Association. She also served on the board at Energen and previously served on the Boards of both Southtrust and Brunos.

Merritt graduated from the University of Alabama with a B.S. in secondary education. She also had a Master’s Degree in counseling and guidance and a Ph.D. in educational administration.

There will be a service in her memory on Oct. 24 at 2 p.m. in the Health Sciences Building at the Valleydale campus of Jefferson State.