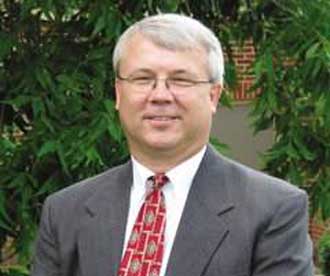 Members of the Jefferson County Legislative Delegation were in Birmingham meeting with State Health Officer Dr. Don Williamson on Tuesday, October 21, 2014 at 2:30 p.m. to discuss a wide variety of health issues facing the state, including Ebola readiness and the enterovirus threat.  The meeting was chaired by State Representative Pau DeMarco (R from Homewood).

According to witnesses at the event, both state Representatives Allen Farley (R from McCalla) and Jack Williams (R from Vestavia) were in Auburn at a pep rally to show their support for indicted Speaker of the Alabama House of Representatives Mike Hubbard (R from Auburn) rather than being briefed on efforts to reform Alabama’s troubled Medicaid system or how the state plans to deal with possible Ebola cases, during the flu season.

Everyone who is accused of a crime, even 23 crimes, is guaranteed their day in court and are presumed to be innocent until a jury of 12 of their peers says otherwise; but the Speaker of the House is the public face of the state legislature.  Everyone expects Mike Hubbard to defeat his outclassed Democratic opponent to retain his House seat.  Hubbard defense attorney, Mark White, said that Representative Hubbard will not resign his seat in the Alabama House of Representatives.

Nobody ever expected Mike Hubbard to give up his seat in the House; but his term as Speaker of the House expires in January.  No one REALLY expects that the people of Alabama are going to give control of the House of Representatives back to the troubled Alabama Democratic Party.  Democrats are not running a coordinated statewide campaign and are instead appealing to their local voters that they are better than their individual Republican opponent.

The next Speaker of the House will be a Republican, barring the most shocking political comeback by Alabama Democrats anyone has ever imagined.  What the House GOP Caucus has to decide is just who do they want as the most powerful member of the Alabama House of Representatives.  Four years ago Alabama Governor Robert Bentley (R) and members of the Jefferson County House delegation (with the exception of Jack Williams) supported Representative Paul DeMarco (R) for the office of Speaker of the House of Representatives.  If the House GOP Caucus had listened to the wise counsel of their own GOP Governor, who served with Mike in the House so knew how he operated, it is very likely that some of the mistakes of the last four years would not have occurred and we all would have been spared the spectacle of our State’s most prominent legislator being handcuffed like some petty hooligan.

Most modern Presidents put their business interests in a blind trust while they are in office.  If Mike Hubbard had shown that same level of discretion and wasn’t actively courting contracts for his half dozen businesses, while running the day to day business of the Alabama legislature, while raising money for a half a dozen political action committees (PACs); then the majority of the members of a secret grand jury from his home county, veteran state prosecutors, and investigative journalists would not today believe that he committed lapses in judgment that broke Alabama criminal laws.

Representative Jim Carns, a Republican member of the Jefferson County House Delegation has publicly announced that he is challenging Hubbard for the role of Speaker of the Alabama House of Representatives in the next quadrennium.

Speaker Hubbard has declared his innocence on all charges and has denounced the indictments as, ‘Politics at its worst.’  His trial is going to be the biggest court room spectacle since the gambling corruption case where three people went to prison for admitting they were trying to bribe members of the Alabama Senate; while all the indicted Senators themselves and VictoryLand owner Milton McGregor walked away on ‘Not Guilty’ verdicts.

There will likely be over 60 Republicans in the Alabama House of Representatives after this election.  Carns or any of the other 60 GOP legislators would be less of a spectacle serving as Speaker of the House during this highly public trial…….and the potential appeals (Hubbard’s attorneys are already challenging the legality of the whole grand jury process) that could drag this thing out well beyond a year.  Alabama’s legislators perhaps should think of the dignity of their offices and wait to see the evidence in this case (from both sides) before making a decision on whether or not Mike Hubbard deserves a second term as Speaker or before allowing themselves to be used as props in a political rally by an individual’s criminal defense lawyers.

Farley and Williams perhaps should have instead attended the previously scheduled meeting to deal with the state’s health issues.