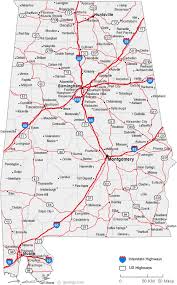 On Tuesday, November 4, Alabamians all over the State go to the polls to vote on who our leaders will be for the next four years.  While campaigns have been going on for over a year, if you think some of the people on this ballot are unfamiliar to you, you are not alone.  Some of these campaigns were more active than others and some office seekers were unable to get the money for the statewide media blitz we all have grown accustomed to.

For Governor of the great State of Alabama, incumbent Robert Bentley (R) is seeking a second term.  Bentley is a former state Representative and is a retired doctor.  Gov. Bentley inherited the post Great Recession economic meltdown and has had to cut over a $billion a year in state spending to bring expenditures in line with decreased post-recession revenues.

Gov. Bentley said in a recent speech, “Since I became Governor I have worked tirelessly to bring good-paying jobs to our state.  Many of the jobs we recruited since 2011 are coming online as new plants are opening and people are going back to work. It is my goal that anyone who wants a job in Alabama can get a job.”

Former Congressman Parker Griffith is the Democratic Party candidate for Governor. Griffith is a former State Senator and was elected in 2008 to represent Alabama’s Fifth Congressional District as a Democrat.  The moderate Griffith clashed repeatedly with the progressive Democratic leadership in the House and switched to the Republican Party, where he was unseated in the GOP Primary by Mo Brooks.  Griffith has returned to the Democratic Party to lead this year’s ticket.  Griffith favors expanding the troubled Alabama Medicaid Program to include 300,000 more people and wants an education lottery.

Griffith said on his webpage, “It is an embarrassment that Governor Bentley would lecture other states and the federal government on job creation while our state has lost 10,000 jobs over the past year. Bentley’s mistakes are catching up with him faster and faster, and it’s Alabama’s working families who are suffering as a result.”

Incumbent Lt. Governor Kay Ivey is the Republican candidate for Lieutenant Governor. Ivey is a former State Treasurer and is a longtime state employee.  Ivey shocked many political observers when she defeated incumbent Lt. Gov. Jim Folsom in 2010.

Ivey said on Facebook on Thursday, “When I took office in 2011, Alabama was essentially broke. New leadership didn’t consider putting the burden on citizens by raising taxes. We focused on trimming the fat, streamlining state government, and growing the economy. As a result, we found more than $1 billion in savings annually, shrunk the size of government, and have experienced the highest job growth in five years. My commitment to streamlining state government is reflected in the way I manage my office. I have consistently operated the Office of Lieutenant Governor well under the budget of my predecessor. I am committed to continuing these practices and am optimistic that we will continue to meet future financial challenges in the same manner.”

Former State Representative James Fields is the Democratic candidate for Lieutenant Governor.  Fields is a retired State employee, working for 30 years as a supervisor in the AL Office of Industrial Relations. Fields despite being a Black Democrat in an overwhelmingly White Republican County (Cullman) was elected to the State legislature.  Fields, like many of his rural Democrat colleagues, however was defeated in the Republican wave of 2010.

Fields wrote on his website: “Alabama: I care about you and a future that is bigger, brighter and bolder than our past–that radiates with trust and tolerance, solidarity and strength, purpose and prosperity. My vision for Alabama’s future engages everyone who strives for success in abundant opportunities to build it. The impossible seems unthinkable until we come together and make things possible. Give me your vote in November 2014, and we will build a better Alabama.”

Alabama Attorney General Luther Strange (R) is seeking a second term.  Strange is an attorney and former lobbyist.  Strange was defeated by former Governor Jim Folsom Jr. in a 2006 race for Lt. Governor, then unseated incumbent AG Troy King in the Republican Primary of 2010.  Strange is widely viewed as the favorite to replace Bentley as Governor in 2018 (assuming both men win their 2014 races of course).

Strange says that his term as attorney general has been the most active in history. Whether it is fighting illegal gaming, investigating public corruption, fighting Obamacare, working on the BP settlement, opposing EPA regulations that will negatively affect Alabama industries the Alabama Attorney General’s office has been very active under Strange.

The Democratic Party candidate for Attorney General is Joe Hubbard.  Joe Hubbard is an attorney and state Representative from Montgomery.

Joe Hubbard told WSFA TV, “He has seen little old ladies in bingo parlors as a threat to Alabama, while violent criminals have been walking the streets.  The Attorney General of Alabama has simply not had protecting the people of Alabama from violent crimes and out of state drug rings as his priority. As Attorney General, I will make that my priority to see that Alabama is protected from those things.”

Alabama Commissioner of Agriculture and Industries John McMillan (R) is seeking a second term.  McMillan is a former Baldwin County Commissioner, former state Representative, former Commissioner of the Department of Conservation and Natural Resources, and was the Executive Vice President of the Alabama Forestry Association for 20 years.

Commissioner McMillan wrote, “Our first year, 2011, began with a jolt as our budget was slashed by nearly one third. Because we had no cash reserve and very little in the way of overhead expenses that could be trimmed, we were forced into the unfortunate position of laying off a fourth of our employees.  Since that time, we have been frugal with our finances and conserved wherever possible. This has resulted in our being able to accumulate funds to invest in upgrading old equipment to make our employees more productive. Instead of making government bigger, it has been my mission to make our department more responsive to the people we serve…If you elect me to a second term, you can be assured I will continue to build a better and more responsive Department of Agriculture & Industries.”

The Democratic candidate for Alabama Commissioner of Agriculture and Industries is Doug Smith.  Doug Smith was the first head of the Alabama Development Office (ADO).  Smith has served on the staff of two governors, two Congressmen, and a U.S. Senator.  Smith is a former Commander in Headquarters of the Alabama National Guard.

Smith said on Facebook, “I put together 6 economic engines for Governors Lurleen & Albert Brewer, and we climbed for 35 years. The Neo-cons took the engines apart starting in 2002 before the Great Recession started and we have been going down hill ever since.  We need to repair those engines and in the meantime we need a bank for new small business to kick-start the Alabama economy.  While we start the engines again we can take intermediate measures by creating a bank for new small businesses which generate up to 80% of all new jobs.”

John Merrill is the Republican Candidate for Secretary of State.  Merrill is a state Representative from Tuscaloosa, presently works for a bank, and is formerly employed by the Tuscaloosa County School System as a spokesman and coordinator of the after school care program.

Merrill told the Alabama Political Reporter, “I have been to all 67 counties (in Alabama) at least twice.”  “I have been endorsed by more than 80 members of the state legislature and every association that has made an endorsement.”  Merrill promised the people of Alabama fair and honest elections, that the office would do a better job handling adoptions and business filings.

Lula Albert-Kaigler is the Democratic Party Candidate for Secretary of State.  In 2013 Kaigler ran for Congress as a Democrat when U.S. Representative Jo Bonner retired. Kaigler got 29.8% of the votes in the First Congressional District Democratic Primary, losing to Burton LeFlore.  If elected, she would be the first Black woman elected as Alabama Secretary of State.  Albert-Kaigler is retired after 37 years working for the U.S. Armed services.  She is now self-employed.

The offices of Secretary of State and Auditor are the only two open statewide offices that are being contested by both major parties.

Jim Zeigler is the Republican candidate for State Auditor.  Zeigler is an attorney and a former Alabama Public Service Commissioner.  Zeigler has also run for a number of offices unsuccessfully in an up and down political career that has lasted for decades.

Zeigler said in a statement, “I am telling people that the State Auditor can be important. I have a plan to turn the State Auditor into something that it has not been a strong monitor of how our tax dollars are spent in Montgomery…State government has wasteful spending, unconstitutional spending, duplication, mismanagement, unauthorized spending and low priority spending.”

Commissioner Zeigler said that he has a way to serve as a monitor of spending in Montgomery, which the Auditor’s office does not now do. “There would be enough money for the employee pay raise and to fully fund our State prison system if we cut out unnecessary spending.”

Miranda Joseph is the Democratic Party’s candidate for State auditor.  Joseph is a wife, mother, and auditor.

Joseph said in a statement on her website, “Alabama needs an auditor who has been certified and trained by our own Alabama schools and professional boards. Alabama needs an auditor who is not new to the demands of the State Auditor’s office. Alabama needs the knowledge and skills that come with experience. Experience Matters! I am the only candidate who is Certified in Internal Auditing (CIA) and Certified in Risk Management (CRMA) with years of experience.”

Joseph wrote, “Our State is facing tough economic times. Our families are struggling and working hard to make ends meet. Like you, I understand what it means to go over family finances to make every dollar count. It begins with taking responsibility for what is spent and making sure there is accountability for every dollar. I believe that Montgomery should do the same.  My goal is to take our family values to Montgomery to ensure that we have an open and honest government.”

Voters go to the polls on Tuesday, October 4, to select the candidates that best will represent them and their families for the next four years.  There are also five statewide amendments to the Alabama Constitution on the ballot.