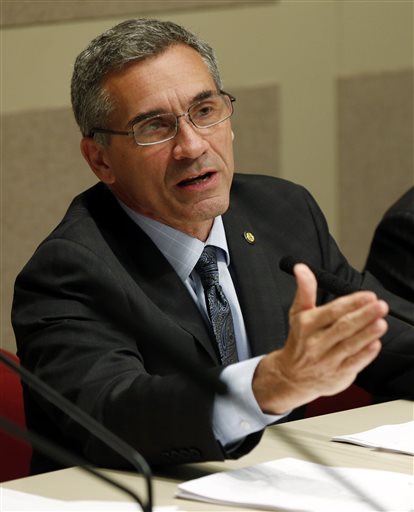 When the newly elected members of the Republican Senate Caucus met last Wednesday, the pressing business of the day was not the State’s financial worries, a faltering education system, overcrowded prisons or jobs, jobs, jobs. No. One of the more pressing issues for the incoming Senate was who would be granted press credentials to cover the State House.

Since 2013, certain members of the Republican controlled House and Senate have tried to limit press access to only a chosen few. It is not because there are hundreds of journalists trying to huddle into the boxes that line the back of the House and Senate chambers. No. It is because they do not want anyone reporting the whole truth about what occurs, not only on the floor of these institutions, but what goes on behind the scenes.

More specifically, some in the Republican super majority, controlled by Speaker Mike Hubbard and Senate President Pro Tem Del Marsh, have worked overtly and covertly to destroy the Alabama Political Reporter and its ability to report the facts about their crimes and misdealings.

This is not vain paranoia.

In the past, both Senators and Representatives have stated in private that the Republican leadership wanted to rid the State House of the “Britts.”

While the plan is fathered by Speaker Hubbard, who stands indicted on 23 counts of felony public corruption, the “mid-wives” in the past were former Rep. Greg Wren and Sen. Phil Williams.

Wren is no longer in the House, after pleading guilty to using his office for personal gain in relation to charges against Speaker Hubbard. Williams, who was recently reelected, is a true believer in an authoritarian, dystopia tomorrow, and therefore, ridding the State House of unfavorable press is a solemn mission he has accepted from his betters, Hubbard and Marsh.

The plan calls for the Senate to define who is a journalist and/or what is a news organization.

They will target what they derisively call “bloggers,” in favor of those who, publish in print or broadcast on TV.

Defining who is a journalist or what constitutes a news outlet is tricky business and not something that this body would seemed fully prepared to accomplish on constitutional grounds.

At the end of 1776, there were roughly around 75 newspapers in the Colonies. Much of what the framers of the constitution had in mind when they enshrined Freedom of the Press into our National fabric was, based on the licensing and censorship laws of the 17th century.

Writing for the Atlantic, Rebecca J. Rosen states, “When Thomas Jefferson wrote about press freedom, the idea of a professional journalist didn’t exist in any modern sense. His ideas were motivated by the dual legacies of licensing and censorship. In the 17th century, censors regulated presses so tightly that only licensed printers could operate and they could publish only books explicitly approved by the queen.”

It would seem that the leadership of the Alabama House and Senate want to recapture the Spirit of ’76, not from the position of the Founding Fathers but from the standpoint of the monarchy.

At the time of our Nation’s founding, it was often the work of the “lonely pamphleteer” who set in motion great change. Would the current Republican super majority jail Thomas Paine, who one could argue was little more than a rouge blogger? Would they ban him from the State House?

In 1792 Paine was tried and found guilty in absentia by the British Crown for the crime of seditious libel. Are our republican lawmakers ready to make these charges as well?

1972, the U.S. Supreme Court held that a “lonely pamphleteer” deserves the same First Amendment protection as the mainstream media.

The phrase comes from the 1972 decision in Branzburg v. Hayes, in which Justice Byron White writing for the majority expressed the the right of, “the lonely pamphleteer who uses carbon paper or a mimeograph just as much as of the large metropolitan publisher who utilizes the latest photo composition methods.”

This would certainly apply to those who use a digital format also used by the corporate press.

This year, the online only publication ProPublica, won the Pulitzer Prize for investigative journalism. This speaks profoundly as to how the news delivery system has changed.

So, it is that the State lawmakers who to try to exclude those who do not tow the party line are little more than the children of all the petty tyrants who have come before them.

But, what can be expected of a State in which not one elected official has called for the removal of a man who has been charged by the state with 23 felony counts of public corruption?

Just the mere threat of denying press credentials is enough to send some reporters and publisher running for cover.

James Madison said that, “the right of freely examining public characters and measures, and of free communication among the people thereon, … has ever been justly deemed the only effectual guardian of every other right.”

Except at the Alabama State House.

The Senate and House leaders are giddy with their increased numbers and are more than likely to feel embolden to do as they please with regards to banning the Alabama Political Reporter from the press boxes.

However, this will not deter us from covering the rogue regime from the public gallery and in the faux-marble halls.

Of course if they move forward with such actions, this will trigger legal challenges to their unconstitutional actions. This would be an excellent test case for the Justice Moore’s Court as well as the U.S. Supreme Court. In a State that is infamous for New York Times Co. v. Sullivan, which was the landmark case which established the actual malice standard, that had to be met before press reports about public officials could be considered to be defamation and libel; perhaps it would be fitting for Alabama Political Reporter v. Alabama Senate, to be another legacy of our State’s many wrongs, made right by a dogged press and the justice system.