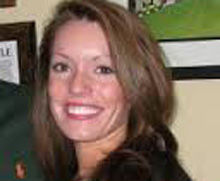 Over 65 young professionals crowded Eddie’s Pour House on 2nd Avenue North in Birmingham, AL on Thursday Night, November 13 for the GBYR officer elections. This was the last regular meeting of the 2014 year before the GBYR Christmas Party in December.

Jackie Curtiss passed the role of presiding over the election to Trussville attorney John Amari. State Representative Matt Fridy (R) and Amari were tasked with collecting and counting the ballots. Each candidate was given two minutes to state their case to the group.

Marshall Yates said, “I want to build this club. I want to move us forward.” Yates said that he has a vision for the Club and for the Republican Party. We have seen membership dwindle recently and dwindling enthusiasm. “This is the highest turnout I have seen in the last year.”

Yates said that it takes 100,000 votes to win a local election. We see a lot of candidates come here during elections. We need to grow the Club to where it is big enough that we can go out and help Republican candidates be successful.

Yates said that it was his vision that would, “Apply the principles of the Republican Party to build this club and build this party.”

Jackie Curtiss defended her tenure as Chair. “We had a very successful luncheon just a few weeks ago.” Curtiss said that Gary Palmer was there and he praised the Club. There were over 165 people at the Christmas Party.

Curtiss said that the GBYRs participated in deployments all across the state helping Republican candidates. Judge Bill Cole (R) won his election by just 800 votes. “We made 800 calls to turn out people in Gardendale alone,” Curtiss said. Curtiss said that while the results in Jeffersn County were still disappointing, Republicans in Jefferson County did better than last time.

Curtiss said, “My vision is to build on what we have here.” We need to run for delegates to the national convention. We know how to do that. We know how to play the game

Curtiss said I have the vision. I am at every event. You know me. “Besides being Parker’s Mom nothing makes me more proud than being a GBYR.”

Curtiss was reelected as Chair by the membership.

Marshall Hollis told the members, “Yall know me. I have been a member of the club for 5 years.”

Chris Reid told the group, “We do need to increase our membership.” Reei said that the young Republicans must do, “A better job of uniting different groups so we can beat Democrats.”

Reid said, “We are doing great as far as the state, but (the GBYRs) need to do a lot better job in our county.” Reed said that they need to do a better job mobilizing the vote for GOP candidates in Jefferson County.

Williams said that he works at the Alabama Policy Institute (API) and is also the assistant manager of an area Chick Filet. Williams said I am a good note taker and am very familiar with Roberts Rules of Order.

Erika could not be present to address the GBYRs.

The position of State Committeeman went to Justin Barkley.

Former College Republican Chair Stephanie Petelos was chosen to be the new State Committeewoman for the GBYRs.

The new County Liaison will be Miss Haley Lucido.

Chris Reed was elected Sergeant at arms over Jimmy Sapp, who could not be there because he was still in Wisconsin where he has been helping Governor Scott Walker’s successful reelection efforts.

Curtiss invited everyone to the GBYR Christmas Party in December at the ‘Wine Loft’ in downtown Birmingham.

Birmingham area news talk radio host Matt Murphy was the speaker at the meeting. Murphy said that he is not a conservative but is actually a libertarian. He advised the young Republicans that deemphasizing social issues like gay marriage would attract more interest in GOP politics.