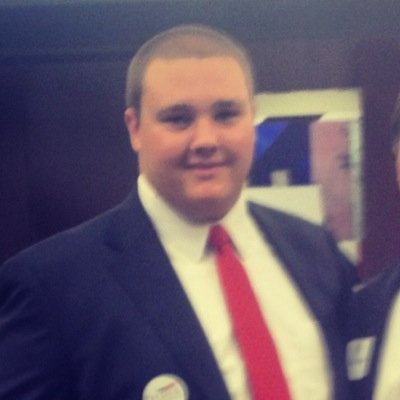 On Wednesday, the Tuscaloosa County Young Republicans (TCYR) selected Dalton S. Dismukes as their Chairman for 2015. Dismukes thanked the members present for their faith in him.

Chairman Dismukes said in a statement released to Facebook, “I am honored to announce that last night I was confirmed, and announced as the new Chairman for the Tuscaloosa County Young Republicans. I was glad to serve as Vice Chairman for this organization for the past year, and I am looking forward to moving this group forward as we further the Republican cause of limited government in the future!”

Dismukes also thanked Representative Mike Hubbard (R from Auburn) for his participation in the event. “We had an excellent event with the Alabama Speaker of the House, Mike Hubbard. He gave an excellent keynote address, telling us what he was proud of and what can expect in the next quadrennium of the Republican Super Majority.”

Speaker Hubbard was invited to be the keynote speaker at the event before a Lee County Grand Jury indicted him on 23 counts of public corruption. The Speaker proclaimed his innocence, dismissed the prosecution as a, “political witch hunt”, and the TCYRs expressed their faith in him and his innocence by reaffirming the invitation despite the allegations.

Chairman Dismukes said, “I want to give a big thank you to the new officers of this club. None of this would have happened if they didn’t make it work. Matt Hood who is the new Vice-Chairman, Katy Harp, the new Secretary, Ashley Butts who will serve as Treasurer and lastly Robert Crocker- the new State Committee Man. This people are incredible and will surely lead this group to stable growth, all while maintaining conservative values!”

Dismukes said, “Thank you all who attended, as we had over 50 people in attendance! The largest crowd this club has seen in a number of years! Thank you to John McDonald and Austin Bigoney for taking tons of pictures, Deanna K. Frankowski for representing the Alabama Constitutional Conservatives, and Michael Cleveland for representing the University of Alabama College Republicans!”

The event was held in the Governor’s Room of the Capstone Hotel in Tuscaloosa.