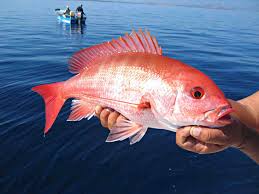 Chris Blankenship, the Director of the Marine Resources Division of the Alabama Department of Conservation and Natural Resources, testified before the subcommittee on behalf of the State and at the request of Congressman Bradley Byrne (AL-01).

NOAA Deputy Assistant, Sam Rauch III, said he thinks NOAA’s estimates were adequate, but acknowledged the organization is working to incorporate state data into the projections. He also said the situation is unresolved and no decision has been made at this time.

Congressman Byrne brought the problem into a more local perspective. He pointed out the impracticality of NOAA taking their samples from the bottom of the Gulf farther away from the coast. Red snapper are reef fish, so estimates gathered closer to shore should be more accurate. Congressman Byrne told Mr. Rauch that his constituents have “lost confidence” in the Federal Government to adequately handle this responsibility. Further, Byrne said he believes this issue may only be resolved by congressional action.

Congress may be divided on a lot of issues but Republicans and Democrats alike enjoy fishing. Hopefully the House will listen to their fellow members and take action that is common sense and works for everyone along the Gulf Coast.

In this article:Byron Shehee, Guest columnist, US House

United States Must Stand with Israel