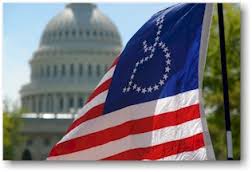 Wednesday, December 3, Congressman Bradley Byrne (R from Montrose) said that the ABLE Act is the first major piece of legislation affecting Americans with disabilities in nearly 25 years. Rep. Byrne joined a bipartisan group of Congress members in voting for the legislation on Wednesday.

H.R. 647, the Achieving a Better Life Experience (ABLE) Act, allows for disabled Americans to have tax-free savings accounts to cover certain qualified expenses including education, housing and transportation. Rep. Byrne said that the bill is widely seen as “first major piece of legislation affecting Americans with disabilities in nearly 25 years.” Congressman Byrne was one of the 380 cosponsors of the legislation in the House of Representatives. A companion bill in the Senate is co-sponsored by 74 of the 100 Senators.

Rep. Byrne said: “Too often here in Washington we let politics get in the way of finding bipartisan, commonsense solutions. The ABLE Act is just that: a solution that I am pleased to have cosponsored and voted for.” “What the ABLE Act does is allow people with disabilities to have certain savings accounts that they can use to help take care of themselves. Just as we have tax-free savings accounts for our children’s education, the ABLE Act sets up similar savings-accounts for disabled individuals to allow them to save for qualified expenses without jeopardizing their eligibility for disability benefits.”

Sara Weir, the interim president of the National Down Syndrome Society, called the ABLE Act “historic for the disability community.”

Rep. Byrne said, “This type of bipartisan bill, which was co-sponsored by 380 of the 435 members of the House of Representatives, demonstrates what happens when Washington puts politics aside and focuses on making a real difference in the lives of Americans. I look forward to continuing to advance commonsense solutions, just like the ABLE Act, in the 114th Congress.”

The bill was sponsored by Ander Crenshaw (R from Florida).

Representative Crenshaw said in a written statement, “Millions of Americans living with disabilities are now on a path to a brighter future, and I couldn’t be more proud or more grateful for the team effort that led to House passage of the ABLE Act. I am hopeful for Senate passage of this landmark legislation next week so Congress can send the bill to the President to be signed into law.”

Congressman Crenshaw said, “Those who face the day-to-day struggle of living with disabilities that others of us can only imagine have a new tool to use in planning for the years ahead, tax-free savings accounts. No longer will they have to watch from the sidelines as other Americans access IRS-sanctioned tool to plan for their future. They will have the option to use ABLE accounts as their compass to set a course for a brighter future. In this great and prosperous nation, everyone deserves a shot at the American Dream. With determination, focus, teamwork, and sheer willpower, we’ve opened a door to a brighter future that might otherwise have remained closed. That’s a cause worth fighting for.”

According to the summary of the bill, “Achieving a Better Life Experience Act of 2013 or the ABLE Act of 2013 – Amends the Internal Revenue Code to establish tax-exempt ABLE accounts to assist an individual with a disability in building an account to pay for qualified disability expenses. Defines “qualified disability expenses” to include expenses for education, including higher education expenses, a primary residence, transportation, obtaining and maintaining employment, health and wellness, and other personal support expenses.”

“Treats a qualified ABLE program and an ABLE account in the same manner as a qualified tuition program for income tax purposes (i.e., allowing a tax exemption for such program and an exclusion from gross income of amounts attributable to a contributor to or a beneficiary of a program account). Defines “qualified ABLE program” as a program established and maintained by a state agency under which a person may make contributions to an ABLE account established to pay for qualified disability expenses.”

“Requires amounts in ABLE accounts to be disregarded in determining eligibility for Medicaid and other means-tested federal programs. Suspends the payment of supplemental security income benefits under title XVI (Supplemental Security Income) of the Social Security Act to an individual during any period in which such individual has excess resources attributable to an ABLE account.”

The grant will enable the department’s Adult Protective Services Division to remove victims from abusive environments.