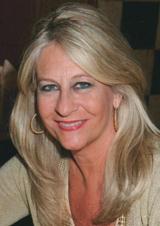 Lathan wrote, “It’s been a busy year and with our election successes behind us we will now turn our eyes toward a new chapter in our Party. Our hard work has produced many victories in our state and nation. It’s great to be a Republican, especially in Alabama!”

Lathan wrote, “With a sincere desire to serve accompanied by a clear vision of conservative principles, I will be sending you a detailed letter announcing my candidacy for Chair of the Alabama Republican Party.”

The former school teacher wrote, “For those of you I have already spoken with, I am grateful for the support and encouragement. I look forward to visiting with each of you about our future plans and positive vision for our Party. For new members, welcome aboard and we look forward to your involvement and participation.”

Chair Lathan concluded, “While the world is preparing for the celebration of the birth of Christ, let us be reminded that new beginnings of faith, hope, and love should guide our paths in our Republican mission as well. I am excited about sharing my vision and our upcoming conversations about the direction of our Party. I look forward to hearing your thoughts and input on how we can make our Party stronger together. It’s an exciting time to be a conservative here in Alabama!”

The over 500 members of the Alabama State Republican Executive Committee will select the new Chair at their Winter Meeting on February 21. Kentucky Senator and possible 2016 GOP Presidential contender Rand Paul will be the keynote speaker at the Winter Dinner in the Montgomery Renaissance Hotel at 7:00 pm on February 20.

The GOP is currently still selling tickets to the Winter Dinner.

In 2013 Chairman Armistead fought off a challenge from Shelby County Republican Party Chair Matt Fridy (Fridy has recently been elected to the state legislature). Chairman Armistead was elected in 2011 over state Representative Jay Love. Armistead succeeded Chairman Mike Hubbard who stepped down to become Speaker of the Alabama House of Representatives following the GOP landslide of 2010.