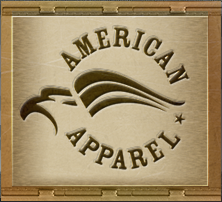 MONTGOMERY— American Apparel Inc. was recently named a Gold Star Supplier as a top performing supply contractor for Fiscal Years 2013 and 2014 by the Defense Logistics Agency.

The award is part of the Department of Defense’s Superior Supplier Incentive Program and is given to suppliers with the highest rankings in categories including: cost, business relations, performance, quality and scheduling.

Senator Jeff Sessions, a senior member of the Armed Services Committee, understands what American Apparel means to the US military and Alabama’s economy.

Sen. Sessions said, “Alabama is blessed to have many plants and factories that create good-paying jobs in their communities. Looking out for these local industries is essential to maintaining a strong middle class. Once such Alabama company is American Apparel, which supplies uniforms to our men and women in the armed services.”

American Apparel announced the company would be reopening its facility in Opp and executives said they expect to hire roughly 70-75 people to the over 450 employees currently with the company.

American Apparel was one of 15 companies identified as Gold Star suppliers and one Alabama company that will continue to shine.