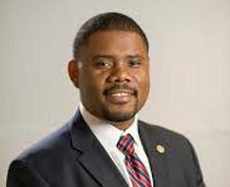 At the end of the Selma-to-Montgomery March, Dr. Martin Luther King, Jr. stood on the steps of the Alabama Capitol and delivered a speech with a quote that is now etched on his memorial in Washington, D.C.: “The arc of the moral universe is long, but it bends towards justice.”

Dr. King was transitioning from the first phase of the Civil Rights Movement, the battle for political and social equality, to the second phase–the fight for economic opportunity for all Americans.

After 1965, Dr. King turned his focus to a mission still fought across the nation today. He said that his dream had become a nightmare as he traveled the nation and saw his brothers unable to find jobs or unable to earn a fair wage when they worked. Dr. King knew what is so real to Americans today: being able to sit together at the lunch counter isn’t something to celebrate if you can’t afford anything on the menu. Without economic opportunity, the road to prosperity is long–and the voting booth is a slow means to change.

Poverty is a vicious animal that ensnares without regard for race or gender–it’s a cycle not easily broken and hardly understood from those who have never experienced it firsthand. Dr. King knew this. Poor men and women across America know this.

Yet 50 years after the Selma March, we still have a minimum wage that pays poverty level. Social safety net programs are the first on the cutting block during budget talks and the first to be demonized and shunned as a cop-out for lazy people who don’t want to work. Social security is in danger, health care is broken for millions, and our tax structure here in Alabama is one of the most regressive in the nation.

The truth is that the deck is stacked against working men and women today just as it was when Dr. King was preaching in 1965.

Because Dr. King knew, as he said on the steps of the Alabama Capitol in that same speech in March, 1965, that class divisions “can be as vicious and evil as a system based on racial injustice.”

In the 1965, your school, job and future was determined by your race. If you were a Black child, you grew up in a Black neighborhood and went to a Black school and played with Black children and grew up to work in a Black job. In 2015, you can easily replace “Black” with “poor” in the above illustration, and it’s all still true today.

We must find a solution. There is no excuse for denying Medicaid expansion and failing to consider raising the minimum wage. We have no choice but to revamp our public schools to give every child an opportunity to succeed. It’s time to revisit our tax structure to take the burden off of the neediest families.

As long as we turn a blind and hateful eye towards our neediest and hardest working citizens, Dr. King’s dream will remain a nightmare. We have to finish what we started in Selma 50 years ago, because the arc is long but it bends towards justice.

Representative Darrio Melton is a Democrat from Selma. He was elected to the Alabama House of Representatives in 2010 and currently serves as the Chair of the House Democratic Caucus.