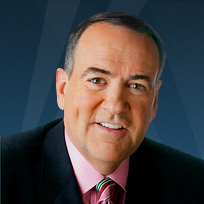 Former Arkansas Governor Mike Huckabee is scheduled to make several stops in Alabama in early February, to promote his new book, “Gods, Guns, Grits and Gravy.” Most understand though that Gov. Huckabee, who recently quit his lucrative Fox News TV show, is gearing up for what likely will be a run for the GOP nomination for the White House.

Gov. Huckabee said in a written statement, “I love freedom. I love my country and the Constitution. I love my family and would sacrifice my life to protect them.”

Gov. Huckabee wrote, “I don’t think we need more money in government; I do think we need more morality and decency in our culture. And if we really want government to ‘get off my lawn,’ then part of the solution is better citizens obeying the laws we already have so we don’t have to pass new laws to further explain and expand the old ones.”

The former Governor and ordained Baptist minister wrote, “We still think the United States is the greatest country in the history of the world, but we know it won’t be if we don’t return to the principles we were built on. And it starts with a God who gave birth to this nation and miraculously preserved us through battles we should have lost. The culture I grew up in created a sense of community, but also a sense of accountability. I miss the front porch culture. Communities where people looked after each other, and where we never expected the government to do it, had a real strength about them.

Individual and VIP tickets are available for purchase at www.alabamaconservatives.com

For more information about tickets or the event, contact CGG Chairperson David Pinkleton at 256-714-1142 or [email protected]

The 2008 Presidential candidate’s new book, “God, Guns, Grits and Gravy” goes on sale Tuesday, Jan. 20 and the official book tour kicked off Sat., Jan. 17, which includes a bus tour beginning on Saturday in Iowa and wraps up Sun., Feb. 8, in Little Rock, Ark. Huckabee will make more than three-dozen stops in states, including Alabama.

Huckabee writes in “God, Guns, Grits, and Gravy” about what he calls the three major “Nerve Centers” of our nation: New York City, Washington DC, and Los Angeles and the influence they have on our modern culture and introduces readers to “flyover country” where God, guns, grits and gravy are a way of life.

Huckabee writes about: the erosion of public education, government intrusion on personal freedoms, and religion and its changing place in American life and addresses today’s divided nation.

On Feb. 2, the Huckabee bus tour will stop in nearby Fort Benning, GA and then will go on to Montgomery. On Feb. 3, Gov. Huckabee will visit Birmingham, Decatur, and Huntsville.